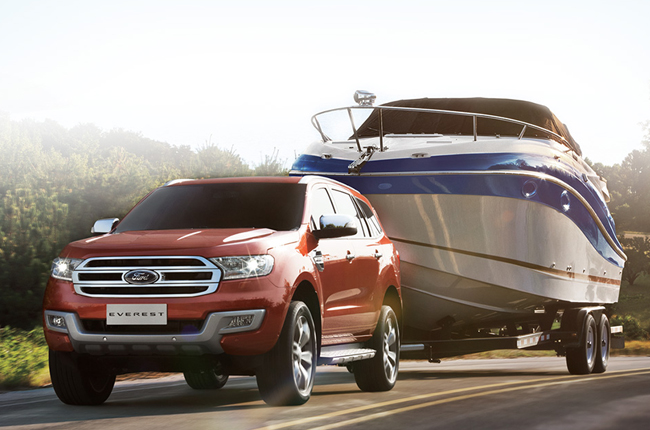 Ford Philippines capped-off May 2016 with a remarkable 78% increase in sales yielding 2,933 units sold. This was the result of the market’s continued demand for the Ford Everest, EcoSport, and the Ranger.

Atop the chart is the Ford Everest SUV. With 1,069 of its units finding new homes last month, it has now sold a total of 5,907 units since January this year.

The Everest is both rugged and refined with its muscular exterior and an interior that comes with an assortment of tech features such as the Ford Sync infotainment system, Active Parking Assist, and Hill Start Assist. Its recently-launched Titanium 2.2 4x2 with Premium Package variant adds Adaptive Cruise Control, Lane Keeping System, and Lane Departure Warning.

Next in line is the Ford EcoSport subcompact crossover which was marked with a 56% increase in sales last month at 848 units sold. As of this writing, its year-to-date sales log is now at 3,515 units.

Based on the same platform as the Ford Fiesta subcompact car, the EcoSport was designed to be the ride of choice for urban-dwellers who like to explore beyond the city limits from time to time. It’s stylish, compact, and has a 200 mm ground clearance which enables drivers to tackle uneven roads and some flooded areas.

Built and designed with the same muscular presentation as the Everest, the Ranger ups the ante with its added versatility as a vehicle for both business and leisure. It has a payload capacity of 1,120 kg which can carry bags of cement or a full set of camping gear or scuba diving equipment.

Finally, sales of both the Ford Fiesta subcompact and the Ford Explorer SUV flourished last month, as well. The former has sold a total of 91 units, while the latter managed to find its way to 73 new homes. With regard to the year-to-date tallies, the blue oval brand has now sold 389 units of the Fiesta and 465 units of the Explorer.