Foton Motor Philippines, Inc. (FMPI) has successfully expanded its retail footprint by opening a new dealership in Puerto Princesa, Palawan. The new facility is managed by Steering Wheel, Inc. (SWI) and located in Barangay Tagburos in Puerto Princesa City, along the stretch of North National Highway of the said province.

The new dealership covers more than 4,600 square meters, including the vehicle showroom and service area. This made it the largest Foton facility in terms of lot size. FMPI claims it can accommodate eight vehicles for display, as well as enough area for 10 service bays. In addition, there’s also a heavy-duty truck service facility due to the rapid growth of such vehicles for various infrastructure projects in the area. 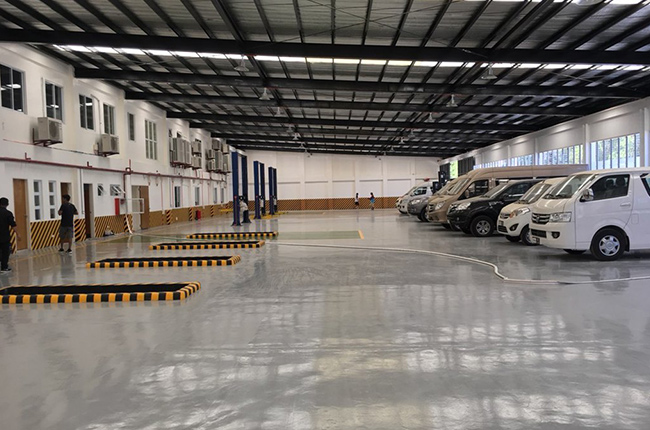 Palawan supports the current administration’s “Build, Build, Build” program, which explains the rapid development and growing infrastructure projects taking place in the province. FMPI saw this as great potential and thought development is easier attained if investors and local businesses are given with an option for logistics and company vehicles with the current Foton lineup.

“The launching is actually very timely — I’ve seen all the projects and the whole vision for the province of Palawan, and FOTON will be a great help not only in its promotion as a tourist destination but in providing the best option in vehicles. “I would like to thank the team of FOTON Puerto Princesa, Palawan for the trust and support in our brand, and in our vision to give every Filipino a chance to experience FOTON, geared with the aggressive goal to empower the Filipino businesses.”
Rommel Sytin
Foton Motor Philippines, Inc. president

Furthermore, Provincial Governor Jose Alvarez, who’s also present in the inauguration, supported FMPI’s plans by saying that the move will help Palawan to thrive and boost its economy, now that the widening of the arterial road along mainland Palawan is due for completion. Foton Puerto Princesa dealer principal Tederico Tiotangco is confident enough that the new dealership under his supervision will help provide a quality service to every Palaweño.

The Build, Build, Build program isn’t the only government project that FMPI supports. Last year, donated TransVan HR Ambulances to the Philippine Red Cross. The brand also displayed its modernized PUV fleet at the 2018 PhilAPEX to show that it fully supports the government’s PUV Modernization Scheme.