Sojitz G Auto Philippines (SGAP), the distributor of Geely cars in the Philippines, is bringing in a new 7-seater crossover in the form of the Geely Okavango. The automaker states that the new crossover is the coming together of the best features of an SUV and an MPV into one vehicle. Based on the Geely HaoYue, this will be the brand’s 3rd vehicle to join the lineup alongside the Geely Coolray and Geely Azkarra.

The Okavango is definitely a game changer for both the SUV and MPV segments – exquisite and well thought off in terms of design, space, and technology
Mikihisa Takayama
SGAP President and CEO 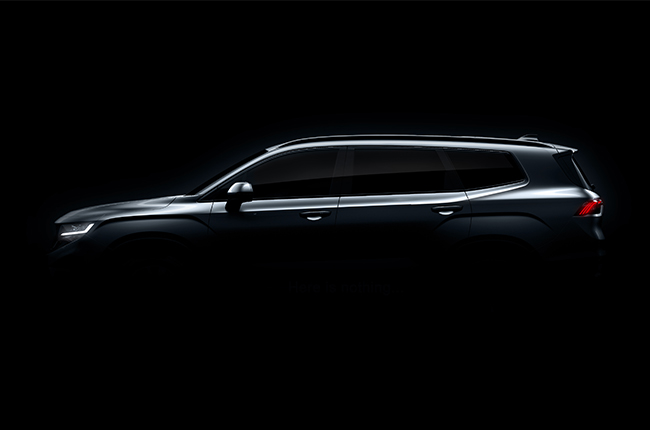 On the outside, the Okavango comes with Geely's signature expanding cosmos grille along with large housings that contain LED headlights. It comes with strong cuts and curves that give the vehicle a tough and athletic look. Down at that lower bumper, the SUV also appears to come with LED fog lights as well. Moving to the side, and roof rails are present along with large alloy wheels. We guess that the vehicle will hit the market with 18-inch wheels or bigger that may depend on the variant based on the wheels fitted to its smaller brethren. 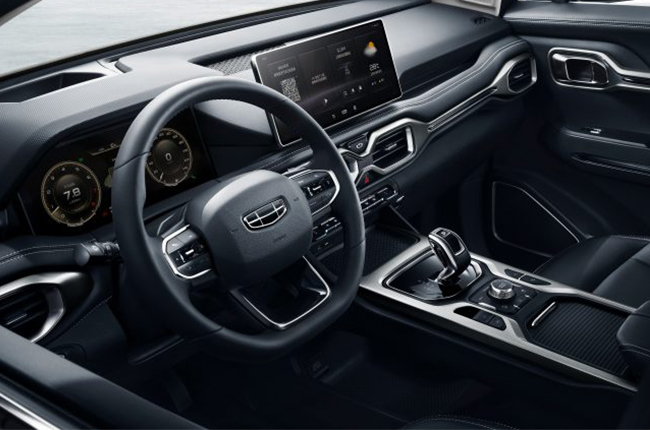 When it comes to technology, the Okavango is well equipped. It has a three-zone air conditioning system that will give passengers independent AC controls. A 360-degree camera will also be present along with a best-in-class guidance system and dynamic auxiliary lines. It will also come with 3 driving modes - Eco, Normal, and Sport.

Under the hood, the Okavango comes powered by the same 1.5-liter turbocharged gasoline engine found with its crossover brothers. It will also come with a 7-speed wet-type dual-clutch transmission that will send power to the front wheels. It also comes with Dual Variable-Valve Timing (DVVT) technology that gives it an ideal balance between power and fuel efficiency. Geely also states that a hybrid variant will be available coming with the same technology found in the Azkarra. The output is expected to be at 190hp and 300 Nm of torque.

Geely Philippines has yet to release the official pricing for the vehicle, however, it has announced that it will have a pre-selling period for the Okavango. Pre-sales of the 7-seater crossover will start from October 17 onwards until its official launch. It will come with a discount of P90,000 for those who reserve a unit early. SGAP will also provide a worry-free ownership experience with a 3-year periodic maintenance package which includes oil, parts, and labor. It is important to note that the maintenance package only applies to those who reserve a unit during the pre-selling period.

You can compare quotations simultaneously from multiple Great Wall dealerships. Select your preferred dealers from the list below.

Get Notified about Great Wall Deals