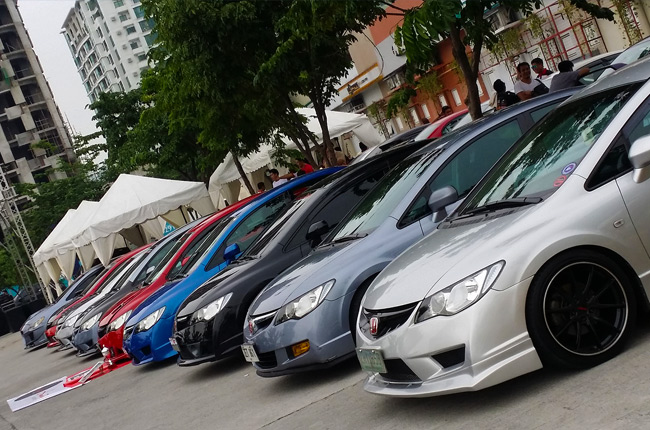 Team FD Philippines, one of the official subgroups of Honda Club of the Philippines (HCP), led the 10th anniversary celebration of the Honda Civic Club. This event was supported by Honda Cars Philippines, Inc. (HCPI), the Japanese brand’s local automobile business unit.

The celebration was held at Blue Bay Walk, Pasay City, last July 30, 2016. A total of 287 guests went to the event, with 83 cars joining the car show competition and 22 participating in the car display.

The car show and car display exhibits their modified and accessorized 8th generation Civic vehicles, which shows their enthusiasm and love for the famous compact Japanese car. It was Mr. John Moreno who won the “Best of Show” award by showcasing originality in his design through the upgrades he did for his car. It stood out through the use of Honda genuine accessories, parts, and engine, which makes his Civic a stunning work of art.

Furthermore, the recently launched 10th generation Civic was also on display during the event. Mr. Jess Miano, Group Head of Team FD Philippines, expressed his admiration saying that it’s a one of kind model. He added that they found comfort and performance in this car – things that their members look for in a Civic.

HCPI continues to support HCP by organizing and implementing activities, programs, and projects to promote respect, camaraderie, and teamwork among its members.

HCP is a non-profit, non-stock organization where members share common knowledge and passion about Honda cars. The growth of the organization can be credited to the members’ common interest, which they envision to continue in the years to come.