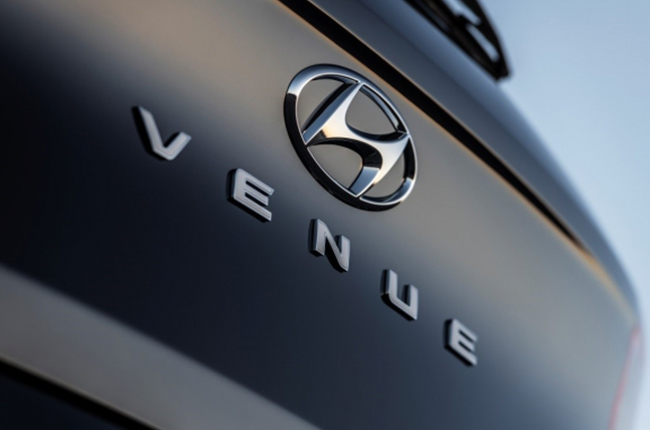 The Korean brand, Hyundai uses locations to name its models. From bigger units like the Santa Fe to the compact Tucson, a smaller offering seems to be missing to cover all of Hyundai’s bases in the market.

Hyundai can confirm with us however, that their next crossover will be a smaller Kona with a different name. Dubbed the Venue, the name references a place where people want to be seen, namely inside the vehicle. Aimed more at customers who frequent the city, the Venue seeks to be ‘the place to be’, whether enroute to the final destination, wherever that may be.

The Venue seems to be a twin brother to the Kona, being a subcompact in Hyundai’s line of crossovers, we might be seeing something that is similar in design language to the other crossover.  Although a name has been confirmed, there is no image yet of the new subcompact crossover from Hyundai. The brand is keeping to itself this time, revealing only the name of the new model.

The Venue will be unveiled for the first time in the New York International Auto Show on April 17, 2019. The reveal will also incorporate an augmented reality (AR) element into the mix. Stay tuned, as the unveiling will happen at 10:45 am, eastern time in the United States.

As usual, it will be interesting to see another subcompact crossover battling the likes of the new and improved Ford Ecosport, Nissan Juke, and Mazda CX-3 to name a few. Hyundai has made a name for itself with the Kona, injecting a hefty dose of style into the crossover market. It remains to be seen whether Hyundai will be able to create another crossover that will win over the Filipino autobuyer.

Also, here is a teaser video that Hyundai used to promote the Venue.