Columbian Autocar Corporation (CAC), the exclusive distributor of Kia vehicles in the Philippines, is taking their smallest car to the next level with the all-new Picanto. Now on its 3rd generation model, Kia’s signature city car is set to stir the competition within its segment.

As one of Kia’s best-selling models globally, the all-new Picanto is said to have retained its best features. In fact, its overall dimensions are intact (almost, with its height 5mm less), while its wheelbase is increased by 15mm. The addition in wheelbase length can mean relatively bigger legroom especially at the back.

The all-new Picanto also inherited both the 3-cylinder 1.0L engine with 5-speed manual transmission and the 4-cylinder 1.2L mill with 4-speed automatic gearbox of the outgoing model. 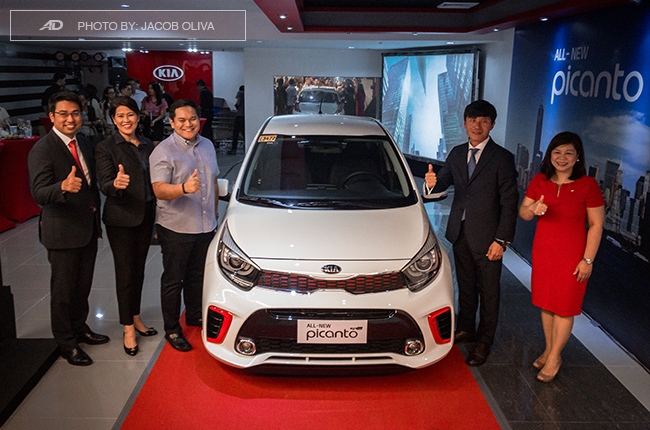 When it comes to the design, the all-new Picanto’s fascia gets the most changes. It now has a bigger and straighter set of tiger-nose grille that connects to both headlamps. This is reminiscent of the all-new Rio Hatchback that was recently launched locally.

The addition of daytime running lights (DRL) gives the small hatchback a huge leap against its competitors, with the Mitsubishi Mirage as its closest rival with the same feature. Inside, the all-new Picanto’s dashboard and 3-spoke steering wheel are revamped, although with the same straightforward layout. It also gets a ‘floating’ integrated head unit with aux and USB connectivity. The driver and front passenger are also gifted with bucket seats. Nice.

Another notable feature that remained with the Picanto is its 60:40 folding rear seats, which maximizes the hatchback’s trunk capacity. For people who want a small city car but also need ample cargo space from time-to-time, this can be a buying factor.

For safety, the all-new Picanto comes standard with dual front airbags and anti-lock braking system. It also has ISOFIX child seat anchors and keyless entry system with alarm for added security and peace of mind. 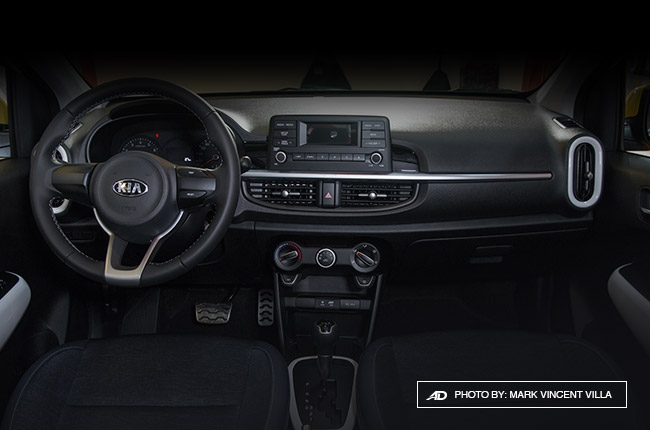 Of note, the photos here are for the GT Line trim of the all-new Picanto. Its exterior and interior features aren’t that far from the normal variant, with the difference mainly on the color accents, fog lamps, and twin tailpipes. However, its biggest deviation from the rest of the lineup is its 1.0L turbocharged mill that has a maximum output of 100 hp and 172 Nm of torque. To give you a comparison, these figures are comparable to the much bigger subcompact hatchback segment that’s mostly powered by 1.5L engines.

CAC has yet to announce the official addition of the GT Line variant to the lineup, along with its price. If you want to get a glimpse of this exclusive option, it will be displayed in the Kia showroom in the 5th floor of SM Megamall Bldg B, as well as in Kia Carmona, Kia Pampanga, Kia Gorodo-Cebu, and Kia Davao.