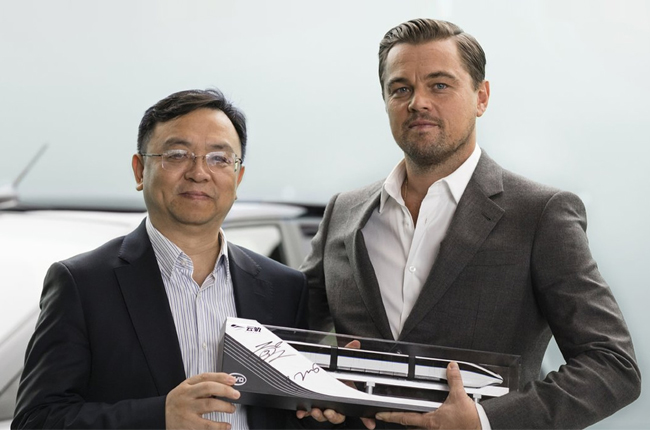 NEV is a term used by the Chinese government to label electric and/or plug-in hybrid vehicles that are eligible for public use.

In line with this, BYD believes that DiCaprio can help promote the brand’s NEV as well as its campaign dubbed  as “Cool the Earth by 1° C.” The said campaign is geared towards reducing the effects of climate change and creating a “Zero Emissions Energy Ecosystem” through the generation, storage, and usage of renewable energy.

DiCaprio founded his own self-named environmental organization dedicated to the health and well-being of all Earth’s inhabitants. In addition, his conservation effort through the Leonardo DiCaprio Foundation (LDF) has awarded over $61-million (around P3.046-billion) to 128 different projects all over the world. With this, the actor was awarded the title of “Messenger of Peace” by United Nations Secretary-General Ban Ki-moon in 2014.

With BYD’s more than 17 years of experience in manufacturing batteries, including 9 years in Battery Management Systems, the partnership is logical. Their energy storage technologies extends to electric vehicles and buses, as well as in mobile phones.

As of this writing, BYD has electric buses and other new energy vehicles in operation in 240 cities across 50 countries in 6 continents. In the Philippines, BYD is selling its Qin plug-in hybrid sedan and E6 crossover electric vehicle. Aside from that, the Chinese brand also offers their conventional vehicles such as F3, S6, L3, F5, F0, and S7.