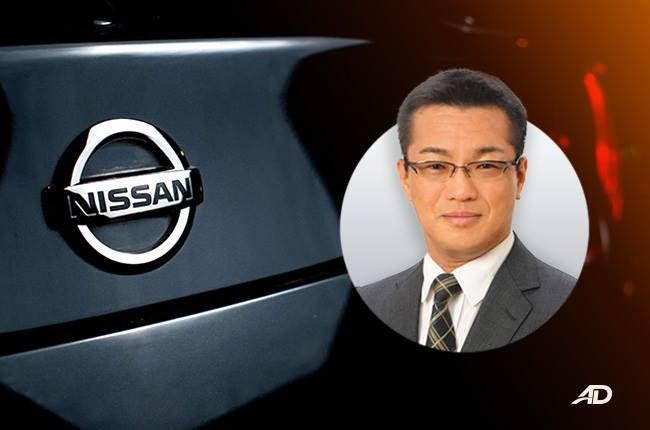 Nissan Philippines has showcased the most impressive performance last year. It managed to flourish despite the overwhelming tax increase caused by the Tax Reform for Acceleration and Inclusion (TRAIN) Law. Nissan PH was handled by Ramesh Narasimhan during that time.

Years prior to joining Nissan, Atsushi Najima spent 18 years of molding himself by enhancing his managing skills at Procter & Gamble. According to his LinkedIn account, Najima has been with P&G since 2002 as the company’s Finance manager for SK-II in Japan and Korea. He then became part of P&G Philippines in 2005 as the accounting manager for Japan, Korea, Hong Kong, and Taiwan.

In that span of years, Najima held various finance and general management roles in Singapore, Japan, and the Philippines – making him eligible enough for his new role.

As Nissan Philippines’ new president and managing director, Najima’s role is to strengthen the company’s local operations. He will be leading a team of more than 100 employees. But, before being appointed as the president for Nissan Philippines, Najima has been a part of the Nissan since 2016. He was the deputy general manager of the Japanese brand’s regional financial management group in Japan. He later became Nissan Motor Corporation’s general manager from April 2018 to March 2019.

Atsushi will be responsible for developing business strategies to maximize the company’s performance in the local market. He will also be taking over managing product introductions, as well as expanding the availability of the brand under its midterm plan Nissan M.O.V.E. for 2022.

Najima will be reporting directly to Vincent Wijnen, who is the senior vice president for sales and marketing at Nissan Asia & Oceania. In addition, the new president will be based in Manila until his term ends.

With his rich experience in managing teams across multiple countries, I am confident that Atsushi will continue to drive the strong growth trajectory established by the current leadership team. Under the strong leadership of Ramesh Narasimhan, Nissan has seen significant growth in the promising Philippines market. In calendar year 2018,Nissan’s sales volume in the Philippines grew by 40 percent to an 8.7-percent market share.
Vincent Wijnen
Nissan Asia and Oceania senior vice president for sales and marketing