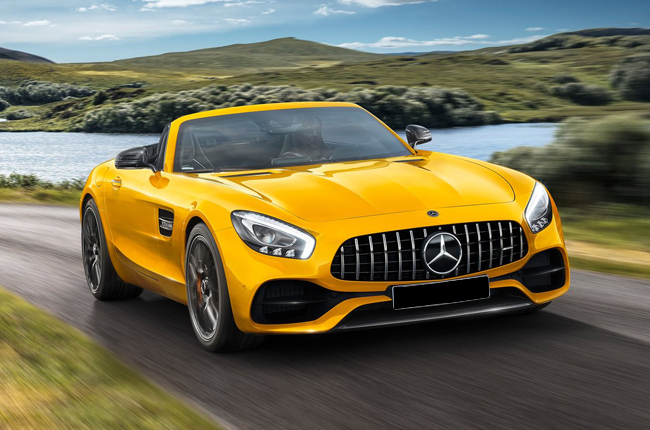 As if 11 models aren’t enough, Mercedes-AMG is adding yet another variant of its beloved GT sports car later this year. Apparently, the newest addition will also be the third adaptation of its roadster version.

Sans its new 19-inch (front) and 20-inch (rear) ten spoke AMG wheels, the exterior design of the Mercedes-AMG GT-S Roadster remains practically the same as the other members of its family. Well, it is just an additional variant to an already gorgeous lineup so why mess with its looks.

The GT-S Roadster will slot right in the middle of the “entry-level” GT Roadster and the top-of-the-line GT C Roadster. Thus, it will come equipped with a variation of its powerful twin turbocharged 4.0L V8 engine that can squeeze a healthy 515 hp and 670 Nm of torque, just 42 hp and 10 Nm of torque shy of the GT C.

It’s time to crunch its performance ratings. The GT-S Roadster can launch from a standstill to 100 km/h in just 3.7 seconds and reach a top speed of 308.9 km/h. That’s 0.2 seconds quicker and 6.4 km/h faster than the base GT Roadster. But when compared with the range-topping GT C, it falls behind by 0.1 seconds and is 6.5 km/h slower. 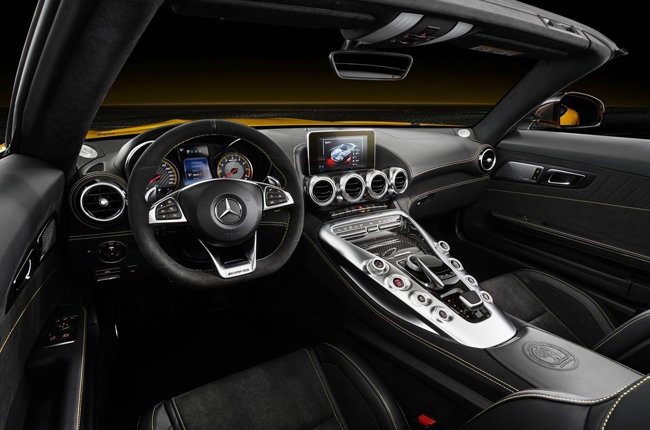 Apart from its performance, the Mercedes-AMG GT-S Roadster still offers the right amount of luxury inside. It is, after all, a Mercedes car. This particular variant will come with the AMG Silver Chrome interior package, but if bling isn’t your thing then you can opt for the AMG Black Piano Lacquer scheme.

And because it’s a roadster, it comes with what AMG calls the AIRSCARF because it can get breezy with the top down. It’s essentially an air vent integrated into the seat’s head restraint area, which controls the intensity of air flow around the neck in three stages. In addition, there’s also an option of having ventilated seats just in case you live in a tropical country like the Philippines.

The Mercedes-AMG GT-S Roadster will be available in the U.S. market later this year. Sadly, there’s no word yet from the brand’s local distributor if we’ll get this “mid-level variant” sports car soon.