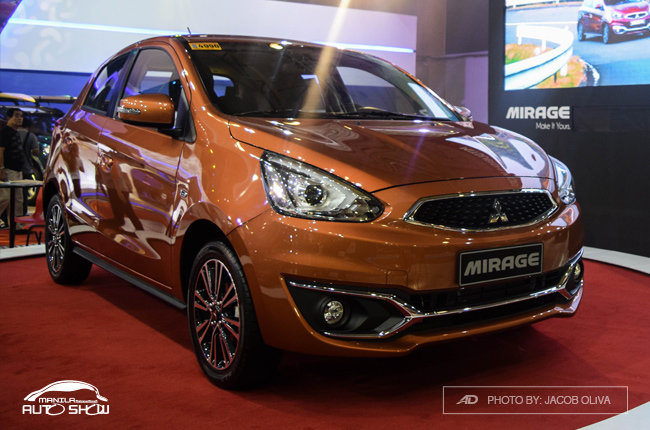 Without making any formal announcement, Mitsubishi surprised attendees of the 2016 Manila International Auto Show (MIAS) by bringing in the new 2016 Mirage. 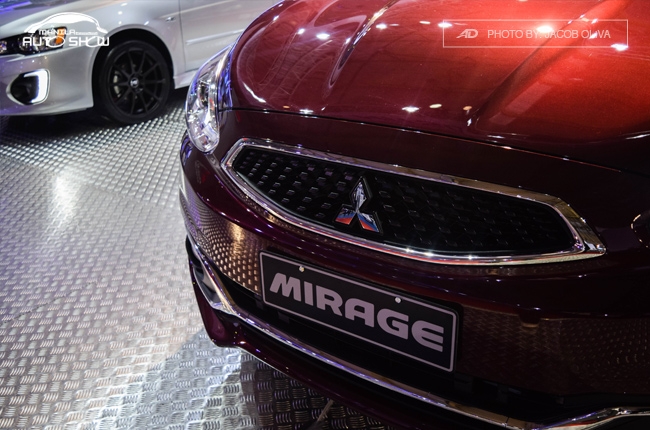 Its front fascia took the majority of updates. It now has an upper grille that's somehow similar to the current model of its sedan version, the Mirage G4, but with a more intricate design. The more sculpted hood also gives it a meaner demeanor as compared to the outgoing model.

The headlamps remain the same, except that it's now a Bi-Xenon HID projector type with LED daytime running lights. This, in combination to the chrome garnish that runs across the lower grille makes the Mirage look fierce and we think it's one of the best looking subcompact hatchbacks out there. Another exciting upgrade that the new Mirage received is the 15-inch 2-tone alloy rims of the GLS variants, which complements the whole persona of this hot hatch.

The rear end didn't receive much of an upgrade though, except that the tail lights are now LED. It also has the same 1.2L 3-cylinder gasoline engine that can either be mated to a 5-speed manual transmission or INVECS-III continuously variable transmission (CVT). 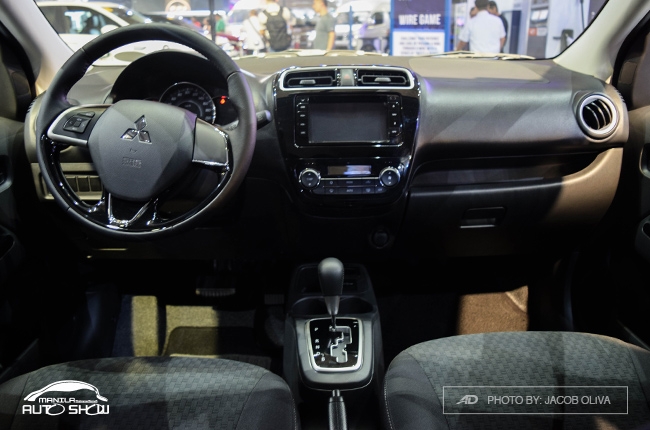 The new Mirage stayed the same inside with its simple dashboard layout. What's great about it is that all variants now come with a 2 DIN single in-dash DVD touchscreen LCD with Auxiliary-in, SD Card, USB, iPod, and Bluetooth connectivity with GPS capability for the GLS variants. Its sound will be produced by 4 speakers with added 2 tweeters for the higher option.

The 2016 new Mirage is now available for booking at all Mitsubishi dealerships nationwide and priced at P713,000 for the top-of-the-line GLS CVT variant and P663,000 for its MT counterpart. That’s only P30,000 higher than its predecessor. We have reports that the stocks will be delivered by the end of the month. In the meantime, the outgoing Mitsubishi Mirage is still on sale. You can inquire about the old and new model at the nearest Mitsubishi dealerships.

For the contact details of Mitsubishi dealerships nationwide, visit the AutoDeal Dealerships page.