Mitsubishi Motors Corporation (MMC) is set to debut its newest MPV model at the 25th GAIKANDO Indonesia International Auto Show in Jakarta, happening on August 10 to 20, 2017. The MPV, of which name hasn’t been revealed yet for some reason, is said to hit the Indonesian market sometime in September to December of 2017. 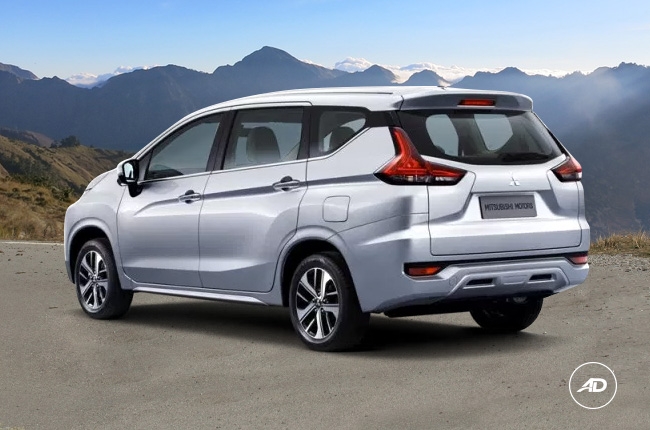 The next-generation MPV is a fuse of both MPV and SUV's function and design. The vehicle can hold up to 7 occupants, while a Montero Sport-like fascia is seen right away. This elevates its looks among its competitors, such as the Toyota Avanza, the Suzuki Ertiga, and the new Mobilio. Of note, the front is composed of the Dynamic Shield design theme of the Japanese marque, while its sides are reinforced with wide fender flares.

Talk about interior, the cabin features a Keyless Operation System (KOS), which allows the vehicle to be opened and started with the KOS key in the driver's pocket. The KOS also turns on the position lights at a touch of a button, while headlights stay lit up for 30 seconds when driver exits the car at night. To give you an idea about how big it will be once it comes out, the specifications reveal that it will sit right in between the Toyota Avanza and the Innova, which are likely to be its rivals. It measures 4,475mm long, 1,750mm wide, and 1,700mm high. Same goes in terms of ground clearance as the unnamed MPV is 5mm higher than the Avanza.

The MPV may be bigger than the Avanza, but its engine says otherwise. The vehicle will nestle a 1.5 gasoline 16-valve engine, which is the same size as the Avanza’s. It will then be paired to either a 5-speed manual or 4-speed automatic transmission. However, the company said that this engine will come with the Mitsubishi Innovative Valve Electronic Control (MIVEC) for additional power at a cost of low fuel consumption – although details regarding its power output are yet to be disclosed.

Meanwhile, with the strict EURO 4 regulations on its way, the Adventure AUV is said to be nearing its sunset as the year ends. Will this next-generation MPV replace the locally-available Adventure that people love? What are your thoughts?