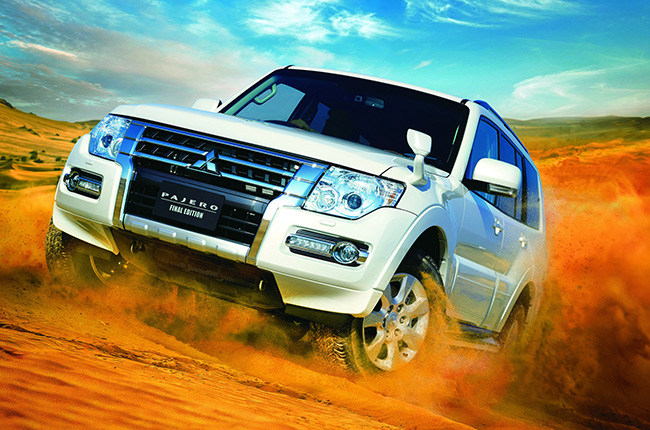 The Mitsubishi Pajero will end its 40-year reign with a Final Edition. A total of 800 fourth generation models were built, and it’s going to be sold in Australia as a 2022 model that comes with a special badging and other additions such as the larger fuel tank.

Mitsubishi’s renowned SUV will soon be phased out for good, with its production already ending with a fleet of 800 Final Editions. It will be available across all three model grades, namely GLS, GLX and Exceed. All trims come with 7-seats and the familiar 3.2-liter 4-cylinder diesel engine paired to a 5-speed automatic transmission. This powertrain combo puts out 189 hp and 441 Nm of torque, power is sent to all four wheels.

Aside from its special badging, the Mitsubishi Pajero Final Edition also comes with notable additions, including a tinted bonnet protector, carpet floor mats, plastic cargo liner, protective boot flap, and a larger 88-liter fuel tank. Opting for the Exceed adds leather upholstered seats, brushed aluminum pedals, and a sunroof. Other features including the alloy 17-inch and 18-inch alloy wheel options were carried over from the standard model. Even its off-road credentials remain strong all thanks to its 700mm wading depth.

The Mitsubishi Pajero reached the end of the production line clocking up more than 3,300,000 sales globally. Its current fourth-generation model went on sale in 2006 and is now 15-years old, with the SUV still sporting the same underpinnings that date back to 1999. In the Philippines, the Japanese automaker has already stopped selling the Pajero since last year, as it was removed from the Mitsubishi Philippines site without further notice.

As the iconic model retires, its nameplate shall continue to live on in select countries as the Pajero Sport or locally known as the Montero Sport which will now serve as Mitsubishi’s remaining body-on-frame SUV in its lineup.