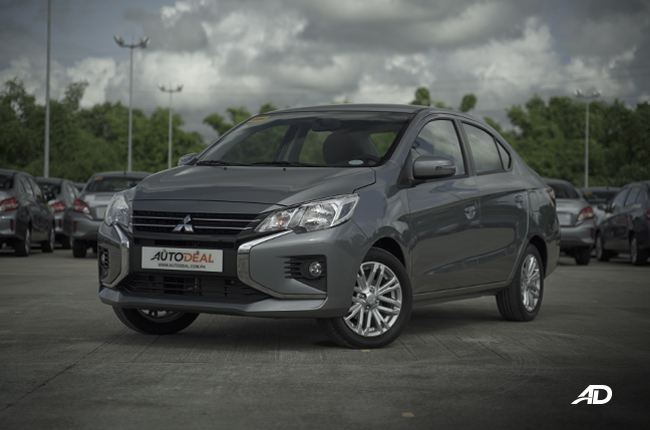 The 2022 Mitsubishi Mirage G4 has officially launched in the Philippines. Not to be confused with the Mirage hatchback, the Mirage G4 is a subcompact sedan—one that's been due for an update for quite some time now.

While bigger cars have basked in the limelight for the past few years, it's no doubt that Filipinos love a good sedan. With the launch of the 2022 Mirage G4, Mitsubishi is out to prove that smaller cars still have a place in the local automotive market. The exterior is where some of the biggest changes can be found. The 2022 Mirage G4 benefits from Mitsubishi's latest design language, as evidenced by the sedan's striking front fascia.

Now featuring the Dynamic Shield design that's present across Mitsubishi's entire lineup, the new Mirage G4 does a better job of setting itself apart in the subcompact sedan segment. The sportier grille is black-heavy in the middle, with touches of chrome flanking each side. For front lighting, the Mirage G4 gets a pair of multi-reflector halogens, with the top-spec GLS variant getting fog lamps as well.

Apart from the slightly larger skirts, there aren't many updates to the Mirage G4's side profile. The rear gets new bumpers, complete with molding that looks like a faux skid plate. Rear lighting comes from a pair of halogen bulbs, complemented by reflectors and a diffuser. For tires and rims, the new Mirage G4 gets 15-inch alloys with measurements of 185/55 R15. 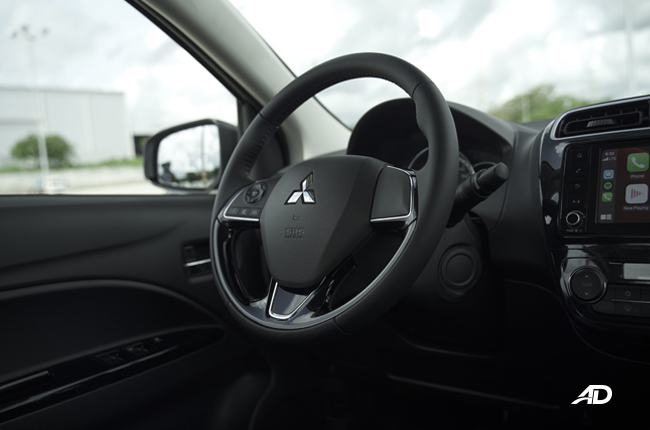 Stepping inside the 2022 Mirage G4, we see that there are a few key changes from the previous model. The round motif dashboard has been retained, and the seats are still cloth upholstered but are updated with a new pattern design. The three-spoke steering wheel, which comes wrapped in leather for the GLS variant, now gets button controls. The instrument panel is also updated with a slightly different design. Apart from that, gloss-black plastics and chrome accents still line the interior.

For the first time in its history, the Mitsubishi Mirage G4 gets Apple CarPlay and Android Auto capabilities. The 2022 model gets a new 7-inch touchscreen infotainment system that supports these two popular pairing applications. The 2-din system also gets Bluetooth and USB connectivity, plus 2 or 4 speakers, depending on the variant. The 2022 Mitsubishi Mirage G4 retains the previous model's power plant, a three-cylinder, 1.2-liter gasoline engine. The motor, which produces 76.4 hp and 100 Nm of torque, pairs with a 5-speed manual or a continuously variable transmission (CVT). Mitsubishi Philippines is offering a special promo, 2 years of free PMS for those who buy a new Mirage G4 until November 30, 2021. The Japanese automaker will also offer sanitation services for the vehicle during the same period. It should be noted that there will be a 3 to 4 month waiting period for those who want to avail of the White Solid color option of the new Mirage G4.