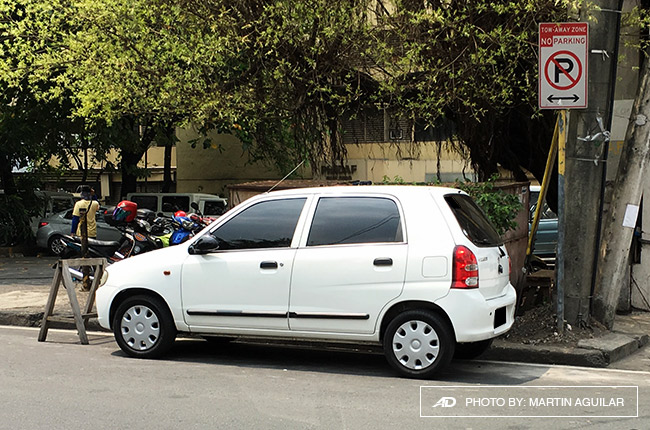 During the course of the 4-day 'intensified anti-illegal parking' operations by the Metropolitan Manila Development Authority (MMDA), more than 300 illegally parked vehicles were cleared off the streets of Quezon City.

To break it down, 294 of the general count were from Scouts Borromeo in Diliman, Scout Bayoran in South Triangle, and Scout Tobias in Kiliman; others were from Panay Ave., Sgt. Esguerra, Mother Ignacia Ave., and Eugenio Lopez Drive. Additional numbers are 21 tricycles that were yielded, then turned over to the Quezon City Tricycle Regulatory Unit as part of the anti-illegal terminal campaign.

Furthermore, the clearing operations swept road obstructions off along Mabuhay Lane #1, passing through the cities of San Juan, Mandaluyong, Makati, and Barangays 141, 142, 143, and 147 in Pasay-Taft proper.

According to MMDA, the intensified operation for illegally parked vehicles is devised to improve current passable roads in the areas part of Mabuhay Lanes. Of note, the agency encourages motorists to use the provided alternate routes instead of traversing EDSA to avoid unwanted delays and inconveniences.

This way the motoring public would have an unimpeded travel to their destinations in Makati and Manila via the Mabuhay Lanes,” said MMDA general manager Tim Orbos.

Apart from the anti-illegal parking operation, the No Contact Apprehension system cited 8,323 more violators in February alone. On the other hand, 1,871 motorists were apprehended from March 1 to 10 following the same operation.