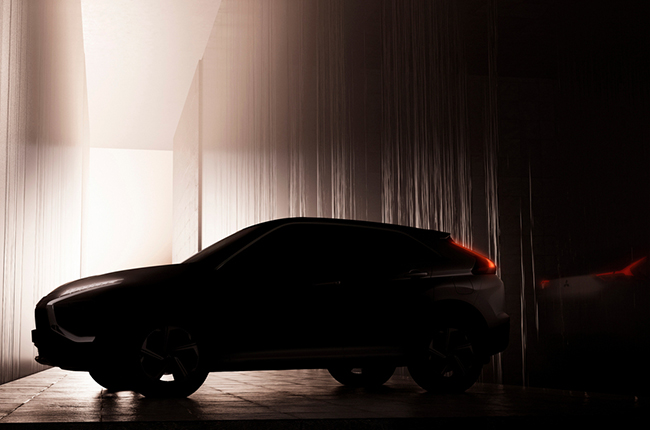 While the model itself isn’t available in the Philippine market, the compact crossover had its global launch back in 2017. The Eclipse is known for its coupe-like profile, and the upcoming model should retain that, however, there will be some key enhancements to be applied. This includes the redesigned front and rear, which should give it a sportier and more upscale appearance.

Upon taking a closer look at the teaser photo, there is indeed a close resemblance with the Mitsubishi Xpander, which therefore gets a strong reference from the brand’s ‘Dynamic Shield’ design language. Although it was further elaborated that this new Eclipse Cross is the first step toward the next generation of Mitsubishi Design, as it draws inspiration from the brand’s e-VOLUTION concept.

The new design draws inspiration from the MITSUBISHI e-EVOLUTION CONCEPT emphasizing the strength and dynamics from our SUV heritage, while enhancing the cleanliness and elegance of a coupe-like SUV.
Seiji Watanabe
General Manager of Design, MMC

Apart from its heavily treated design, Mitsubishi shall also introduce a new plug-in hybrid variant for the crossover, which should serve as a smaller alternative to the Mitsubishi Outlander PHEV. The new Eclipse Cross shall also benefit from the brand’s plan of reinforcing all Mitsubishi vehicles with standard active safety features like forward collision mitigation with pedestrian detection.

The vehicle will come to United States showrooms by the first quarter of 2021. Given that in mind, we’re still keeping our hopes high, and with the arrival of a new model, perhaps there should be greater chances that the Eclipse Cross might join the brand’s local lineup. Therefore, let’s keep our fingers crossed and stay tuned for some juicy updates with regards to this upcoming model.