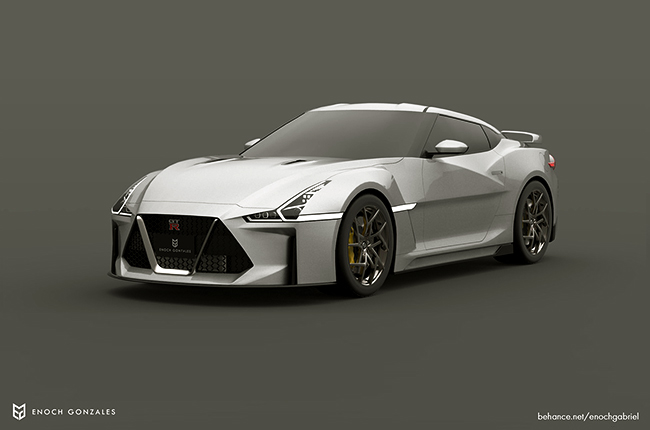 Automotive design is a multimillion-dollar industry. If you don’t believe us, ask the designers of car companies such as Audi, Mercedes, Italdesign, among others – but, we’re sure they won’t disclose it. Behance is another world, though. That website is the place to be if you want to see designs that are out of the common norm. Just take these unofficial Nissan GT-R renderings from Enoch Gonzales.

While Enoch is the same guy who came up with his own Eclipse version, he happens to design cars in his spare time. You can see all of those designs on his Behance account. His latest creation is even more striking; he modeled his own version of the next Nissan “Godzilla” GT-R. 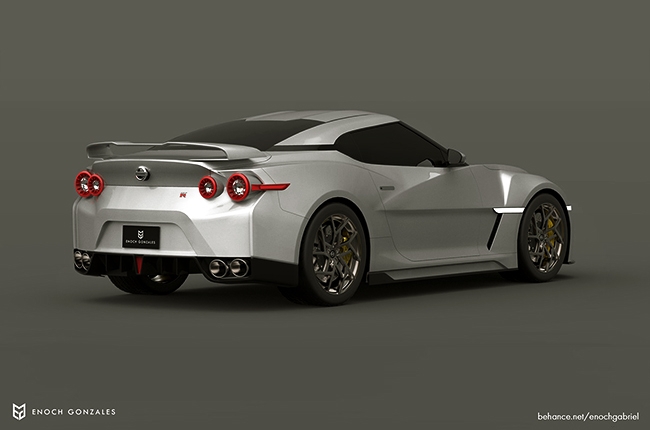 Enoch’s GT-R appears to have been inspired by Italdesign’s ultra-limited GT-R introduced during the 50th anniversary of the Japanese sports coupe. This is observed more on the boomerang-shaped headlights, as well as the protruding taillights. However, one detail pulled it far away from the glamorously-designed black and gold GT-R – the huge V-Motion grille found on the enormous hexagonal grille.

Viewing its side profile will give you an impression of a shorter GT-R. This, we think, is due to the window arching up early towards the rear. Props to the mild floating C-pillar which completely separated the entire roof from the body. The side profile of the unofficial renderings features interlocking character lines that give an impression of a mountain valley. We also observed a much wider entry as the doors were stretched a little towards the rear quarter panel. 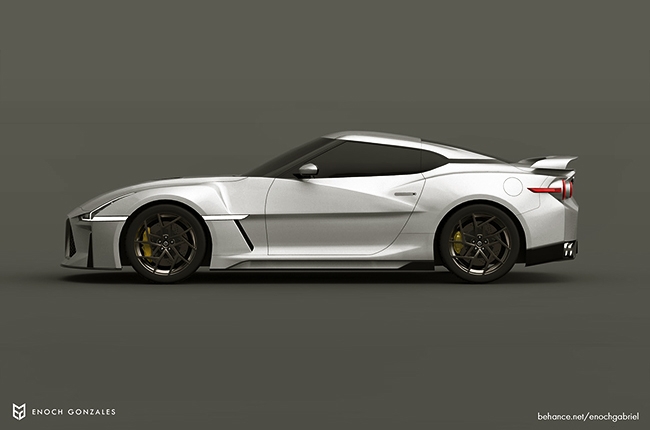 Moving over to the rear, gone are the smooth curvy surface of the current iteration of the Japanese sports coupe. The rendered, fan-made GT-R's rear showcases more of a polygonal surface. It mixes in a sharp and curvy bumper and trunk lid, complemented by a custom spoiler and a pair of twin exhaust pipes on the bumper. The floating illusion of the taillights, despite the modern approach, still retained the signature Skyline rear fascia, which is kind of pretty neat.

If you love this unofficial GT-R, you can visit Enoch Gabriel Gonzales’ Behance profile. He gives life to his own vision of how cars would and should look like. He is based in Quezon City so it would be great if you can show a kababayan some support. 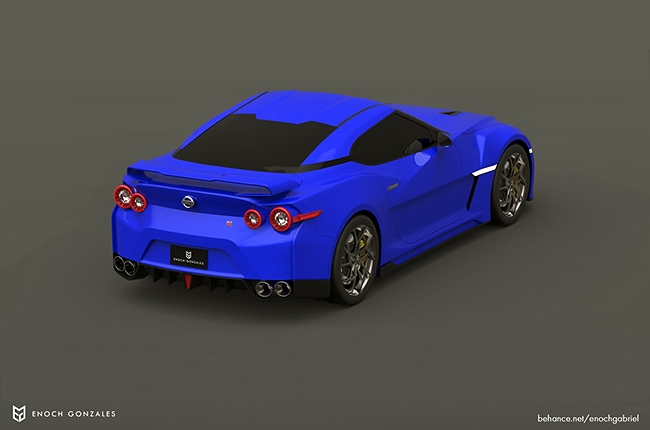 Meanwhile, Nissan Philippines was able to successfully bring the GT-R NISMO in the country. It was unveiled in January this year and was followed by a bunch of other NISMO grades of various Nissan’s model at the Philippine International Motor Show last October 2018.