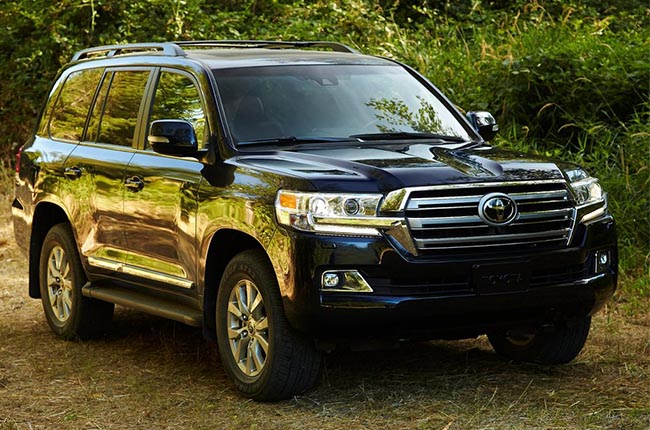 More news about the next-generation Toyota Land Cruiser coming from Australia. The full-size SUV is said to ditch its V8 diesel engine in favor of a 2.8-liter turbo diesel instead. This could be the same diesel motor found in the Fortuner, Hilux, and Innova. Although Toyota has yet to confirm if this is indeed true or it could be an entirely new engine developed specifically for the full-size SUV. Previous reports about the 300 series Land Cruiser, although the 300 series is still an unofficial designation for the new model, have indicated that the vehicle was supposed to make its debut in August 2020. However, recent reports have indicated that this has been pushed back due to the Coronavirus pandemic to 2021. While the news of the delay may have been a downer for some, Toyota is said to be giving the current Land Cruiser 200 a mid refresh this year. As to when, however, has yet to be confirmed.

According to reports from BestCarWeb, it says that the 4.5-liter twin-turbo V8 diesel engine will no longer be powering the next-generation Land Cruiser. The report, however, doesn’t go into specifics as to why Toyota will be dropping the engine but we can assume that it's due to ever-tightening emissions standards as well as to make the hybrid variant a bit more attractive. Another engine that could be powering the Toyota SUV is the 3.5-liter naturally aspirated V6 that the Japanese brand has. This motor could also be paired with a hybrid system that will be the basis for the Land Cruiser’s rumored hybrid variant. The V6 engine is a more than likely choice for the Land Cruiser as it has already seen application in Lexus vehicles such as the RX450h and even on the LC 500. Adding a bit more clarity to the situation Toyota has also filed a patent on the LX500d nameplate. This could indicate that along with the next-generation Land Cruiser its Lexus counterpart could also be coming with a diesel variant soon. As the Japanese SUV is still set to officially launch in 2021 there is still plenty of time for Toyota to tweak the vehicle before its release to the public.