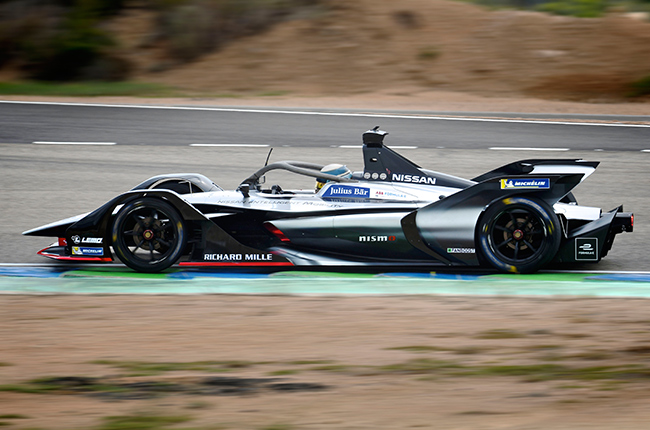 Nissan bolstered its partnership with e.dams further by acquiring a stake in the French organization. Coincidingly, this move was done before the Japanese marque’s debut in the ABB FIA Formula E.

Nissan’s decision to join Formula E makes it the first Japanese car manufacturer to participate in the electric street-racing championship. Yup, Nissan is not contented on being one of the global leaders in electric cars with its 350,000 LEAF units sold across the world. Furthermore, one of the reasons why this is happening is that the Japanese marque wants to explore the ‘performance side’ of the Nissan Intelligent Mobility (NIM).

The Le Mans, France-based e.dams, on the other hand, is an organization which emerged from the European open-wheel sports car competition DAMS. Co-founded by Jean-Paul Driot, DAMS was a 30-year leading contender in the said motorsport. It then became Renault’s partner for Formula E in the past years, where it won the Team Championship in the first three seasons – the most wins and pole positions.

“For Nissan’s first Formula E experience, it makes sense to partner with e.dams and be able to draw on the organization’s experience of winning races and championships. The level of competition in Formula E will get even more intense for season five, with a series- mandated all-new car and powertrain. As part of our commitment to our partnership, Nissan has now purchased an ownership stake in the organization, and we’re excited to work with Jean-Paul and his team.”
Roel de Vries
Nissan corporate vice president and global head of marketing and brand strategy

The companies have already begun testing the all-new “Gen2” Formula E car. This offers more power and range than the previous Nissan Formula E. This new car eliminates the need for mid-race car swap, which is a normal feature of Formula E during the first four seasons.