Nissan Philippines has been uploading some teaser materials of its much-anticipated refreshed Navara. Notably, the midsize pickup will not only include a range of standard variants, but a new player is also expected to make its way in the Philippine market the Nissan Navara PRO-4X. 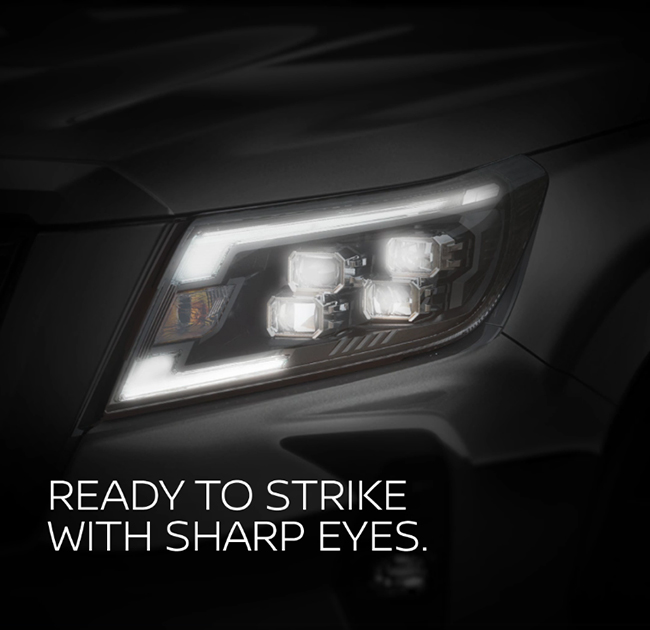 Several teaser materials were already uploaded by Nissan Philippines on its official Facebook page, giving us several hints on the refreshed midsize pickup. Based on the shots above, several parts of the vehicle were highlighted by the brand, specifically its headlights, grille, and wheels. The featured design cues appear to be of the Navara PRO-4X, which, presumably, will serve as the range-topping trim of its variant. Now, based on the actual photo of the Navara PRO-4X, the quad-projector headlights, the large black mesh grille, and even the rims and tires do resemble the ones found on the teasers. However, we’re not quite sure if the roll bar will also be standard on the PRO-4X, as the image showcased above is that of the Australian specced model. Of course, aside from that off-road-oriented trim, the refreshed Navara range will most likely be offered with other variants. Official namings were not confirmed just yet, but a standard Navara would probably resemble the model shown above. The interior remains a mystery for now. Though we could expect a direct carry-over of the same cabin found on Australian-specced models, which feature minimal changes compared with the outgoing model. This refreshed model is also expected to carry a suite of Intelligent Mobility safety features, which should include the ever-popular Around-View Monitor (AVM).

No words with regard to the powertrain as well, however, there is a chance that Nissan Philippines will retain the same 2.5-liter turbo diesel engine. The tried-and-tested engine could still produce the same figures, which highly depends on the variant you purchase.

While we’re still short on info’, Nissan Philippines did highlight the launch date on each of the teaser materials they’ve released, which revealed the launch is slated March 21, 2021. That’s just a few days away Hopefully we’ll be able to get some juicy details soon. So you better stay tuned for more updates.