Steps are already being made in the Philippines to clean the air. Other nations are also making leaps in the renewal of their public transportation vehicles. For most countries, public transportation is as functional as it is cultural. From Tuk-tuks to Jeepneys, to auto rickshaws, much diversity can be found in countries like Manila and Mumbai. 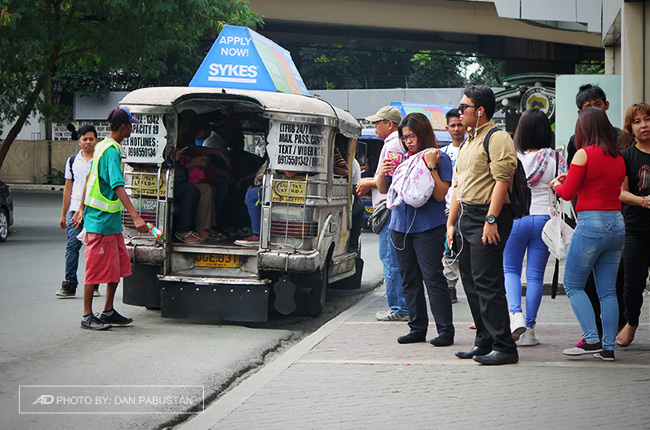 Jeeps in the Philippines are in dire need of an update. These vehicles came from refurbished American Jeeps left over from World War 2. You can count on a Jeep to be very affordable when it comes to its fare. At P10 for a ride with no aircon, an unsafe seating position, and exposure to pollution, is the Jeepney still a worthwhile cultural icon to keep?

Currently, Jeeps are known more for their black smoke and haggard appearance rather than their colorful and individual personalities. It has come to a point where a lot of jeeps today sport no form of design or ornamentation and instead feature bare metal bodies that are still unsafe in the event of an accident. The handling and ergonomics of the Philippine Jeep are undesirable. The driver sits on a bench seat up front. Not ideal. On top of that, the drivers have to be their own conductors, collecting and counting money while navigating through traffic and listening for their passengers’ stops.

President Duterte dropped a line for the Jeepneys back in 2017.

You are poisoning the people
Rodrigo Duterte
President of the Philippines

With Philippine jeeps in dire need of an update, two Japanese companies have stepped up to develop models compliant with Euro 4 emissions standards that will replace about 200,000 Jeeps in the country. Hino Motors and Isuzu Motors are the brands that will usher a new age for the country’s archaic form of public transportation.

The fare with these new minibuses will be increased by only one peso. Remember that the Jeepney, as it is, has no aircon, is not safe, and exposes its occupants to pollution. For just one more peso, you can have a comfortable commute.

The rickshaw is also another form of public transportation in dire need of an upgrade, found in Mumbai, these vehicles are being forced to evolve by adopting electric motors. Mahindra sells an electric rickshaw that boasts zero emissions.

Thailand will electrify 22,000 tuk-tuks by 2025. Government officials have said that they would support local battery production to reduce import reliance.

Traffic and pollution have been a recurring theme among all developing nations. Urban areas suffer from a severe case of congestion, with a dense smog proliferating in the areas. Tourists would find the not so pleasant air, err, not so pleasant. Due to the rising amount of cars present in those countries, air quality has taken a hit. To combat global warming, emissions standards in India will rise from Euro 4 to Euro 6 in 2020.

It will take time for the PUVs in these regions to experience a full shift from traditional to modern. Time will tell whether all these improvements will be fully adopted by the countries.

Related: What is it like to ride a modern jeep?

The Philippines is on its way to a better future for its PUVs. Introduction of the minibuses to replace the jeeps will make commuters across the metro and beyond feel safer and more secure, the new subway will also bring with it a marked improvement over the accessibility of railways in the Metro. A few years ago, one could only dream of a modern system of transport, but slowly and surely that dream is becoming a reality for many Filipinos.