Starting off with a bit of history, in 2010, Volvo joined Geely. With the union of the two companies, they saw a trend in the automotive industry where sustainability would be the key. To meet this trend Volvo with Geely’s support made a new modular engine for three and four-cylinder variations. These new motors come with VEA or Volvo Engine Architecture giving them better fuel efficiency and give them better emission standards as well.

The 1.5TD engines that are currently found in the Geely Coolray and Geely Azkarra, which were developed by Geely and Volvo at the European brand’s Gothenburg research and development site in Sweden. Further testing and development were also done at the China Euro Vehicle Technology also in the same location. 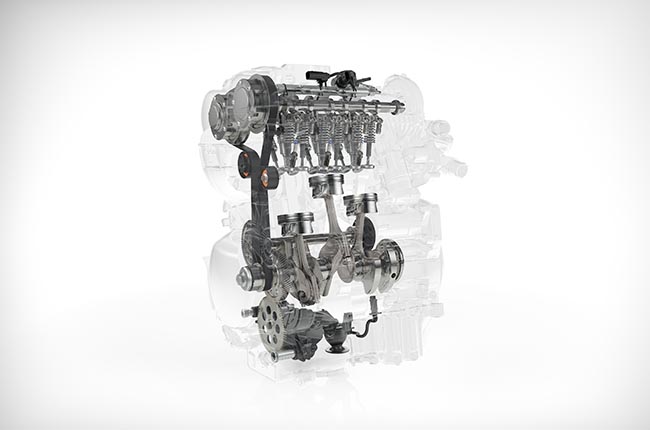 The push for a 3-cylinder motor comes from what Geely states are perfect for its more compact models. The automaker reasons out that the smaller 1.5 displacement leaves more room for a hybrid system and gives designers more freedom. The lightweight of the engine itself also improves fuel economy and makes it easier to achieve better weight distribution to further help with a vehicle’s performance.

While the 1.5-liter 3-cylinder engine form factor does have its merits it also has its downsides. Being a naturally imbalanced engine, there is a need for a counterweight for its crankshafts. There is also a need for a dual-mass flywheel with a centrifugal pendulum absorber damper, as well as a single balancing shaft. Additionally, the engine also features a low noise timing belt, high stiffness oil pan, asymmetric oil pump impeller, and engine dampeners are also present to help lower noise and vibration. Despite these needed features, the engine is able to push out an impressive amount of power and torque from such a small form factor all while adhering to strict emissions standards.

To make sure that their engines would last and give the customer peace of mind when it comes to reliability, both Volvo and Geely tested their motors above and beyond industry standards. Geely states that their engines are designed to last 15 years or a distance of 350,000km. This gives the motors better reliability statistics than the industry standard of 10 years or 200,000 km.

It is important to note that these engines and their parts are sourced from all over the globe to the highest of Volvo manufacturing standards. Volvo designed parts but Geely globally sourced through their joint production and procurement system. With that in mind, Geely vehicle owners can rest assured that their engines will be able to last a long time. These engines have been thoroughly tested and even feature Volvo technology giving them high emission standards all while producing impressive amounts of power.