It isn't over yet for Mazda's rotary engine – the innovatively unique internal combustion engine is coming back to life. You read that correctly: Mazda has summoned the Wankel rotary engine back on the production line again, only this time, a range extender for an electric car.

Rumors about the comeback of the rotary engine were active last year. If we’re not mistaken, it became a buzz in late 2016 when Mazda’s head of research and development Kiyoshi Fujiwara said that they might integrate the iconic engine to future EVs. Then followed the RX-Vision concept, a rotary-powered sports car prototype that debuted in Tokyo last year. 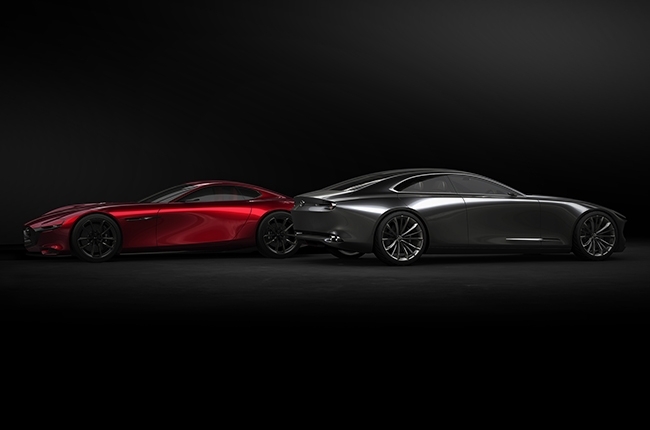 The latest report came from the Dutch online publication Zerauto.nl, where Martijn ten Brink, vice president of Sales and Customer Service of Mazda Motor Europe, spilled the details. The topic was primarily about an electric car (size of a Mazda3) that’s part of the Sustainable Zoom-Zoom 2030 vision.

However, the more intriguing part was when he talked about the Wankel engine, which most people thought was dead. Yes, it was, but not until Mazda realized it can’t let go of something so precious. The Dutch website quoted Brink saying, “Optionally we supply the electric car with a range extender in the form of a Wankel engine. This is mainly to take away any concerns from customers. Not really necessary, because the average buyer travels an average of 60 kilometers per day from home to work and back again. We leave the size of the battery pack and the range in the middle for a while.”

The rotary mill (a common name for the Wankel engine) will have no turbo in it, as it will only be a single-disc rotary engine. Brink said that it will only function as a generator. Too bad, it seems like being a car’s main power mill is now only a legacy for the rotary engine. Considering this, it will be just the size of about two shoeboxes. We know, right? It wasn’t what most of us wished for but, hey, at least Mazda tried.