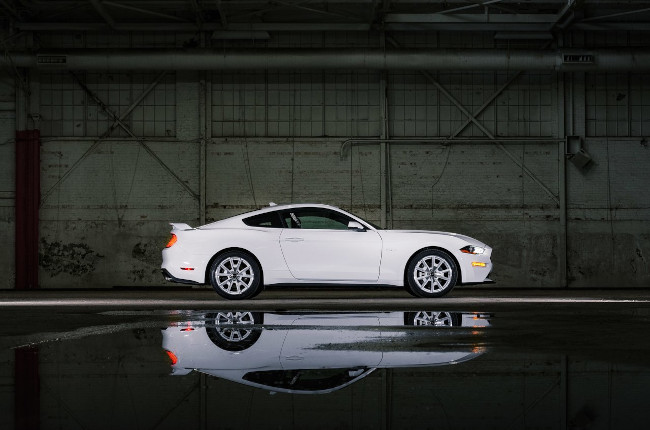 Year-over-year, it’s been nothing but successes at Ford’s ranch thanks to the Mustang. The ever-loved pony car is still alive and bucking about with its V8 and Eco-Boost gasoline motors. While there is an electric ‘Stang for select markets, the main model will continue to keep the pony-car spirit alive going into its 60th anniversary, and its eighth generation.

Related: The Ford Mustang is once again the world's best-selling sports coupe The current seventh-generation pony car is still a force to be reckoned with in the industry, outselling a bunch of its rivals and taking the top spot as the world’s best-selling sports coupe for the seventh straight year.

Reports from Autoline have previously pinned the production-start date for the new eight-generation Mustang by March 2023. The new model will be designated the S650, which is a full digit above the current-generation S550. What does that mean? Reviewers have pointed out that Chevrolet’s Camaro platform outhandles the Mustang in several aspects, and Ford’s not one to play second-fiddle, especially to the Golden Bowtie. The incoming eight-generation Mustang will be Ford’s answer to the better-handling Alpha platform of the Camaro, and it will be interesting to see just how much the Blue Oval can improve over the S550-generation.

As for other things to expect, reports from Car and Driver state that the 2.3-liter turbocharged inline-four Eco-Boost motor will make a return with 320 hp, but a hybrid variant is not out of the question either, and “we wouldn’t be surprised” according to the source. The V8 could also make a return, and speculations are pointing to an electric motor system to join the 5.0-liter V8 in the Mustang. Reports are also coming in stating that the electric motor will be placed in the front axle, which means that for the first time in the Mustang’s history, it will be all-wheel-drive—according to Motor1. Other than that, gearbox options will include a 6-speed manual transmission and a 10-speed automatic, with the latter being the only option for the hybrid V8—sources claim.

As for the global launch of the Ford Mustang, expect it to come about a month after it starts production in April 2023. The launch will also be in line with the nameplate’s 60th-year anniversary, so Ford’s definitely got to deliver something special. Will it be the stallion that we all want or a mule? We don’t know yet, all we know is that it will be a Mustang and we couldn’t be happier!