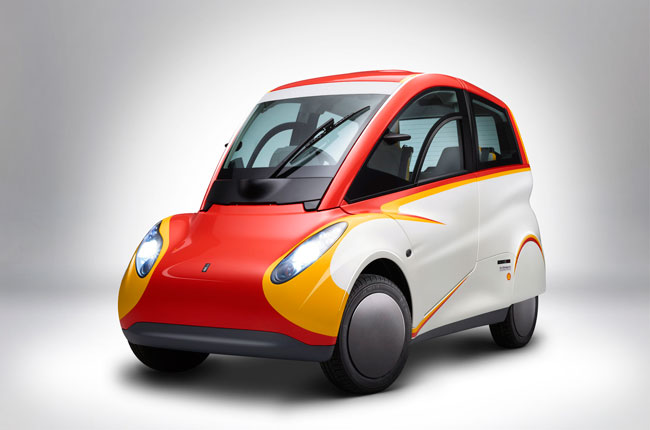 Most auto manufacturers are now developing more eco-friendly vehicles to contribute to environmental sustainability. However, instead of making electric or hybrid vehicles, Shell wants to stick to their own expertise with its “ultra energy efficient” gasoline-powered concept car that is said to deliver a fuel economy rating of 38 km/l.

The Shell concept car is the evolution of the Gordon Murray Design T.25 city car that was produced in 2010. The fuel company said that the new concept car is the result of a “co-engineering collaboration” between world leading vehicle, engine, and lubricants designers.

The exterior of the concept car revolves around the idea of reducing energy demand through downsizing and streamlining. It combines lightweight technology and is built using materials which have a low energy and carbon footprint. As a whole, the concept car weighs around 550 kg. Shell added that a number of the concept car’s components were created using 3D printing while the body is applied with recycled carbon fiber.

The concept car can seat up to 3 occupants with a central driving posting and two passenger seats behind. In case you’re wondering, the car measures 2,500 mm long, 1,350mm wide, and 1,600mm tall. 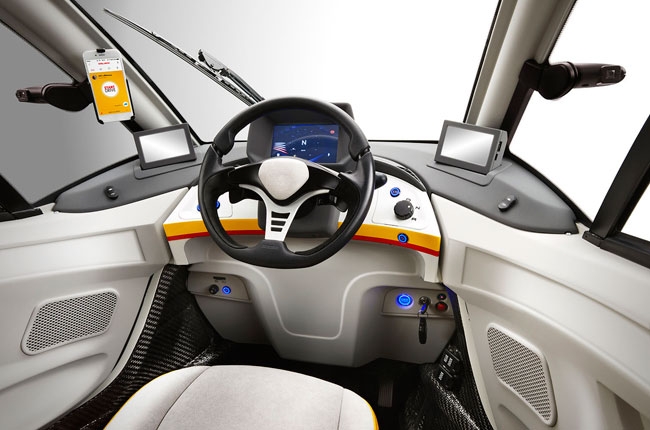 To make things official, the concept car was independently tested at a UK certified automotive testing facility to measure its fuel economy and CO2 emissions. The tests showed that the Shell concept car produces lower C02 emissions as compared to a gasoline-powered city car (28%) and a hybrid car (32%).