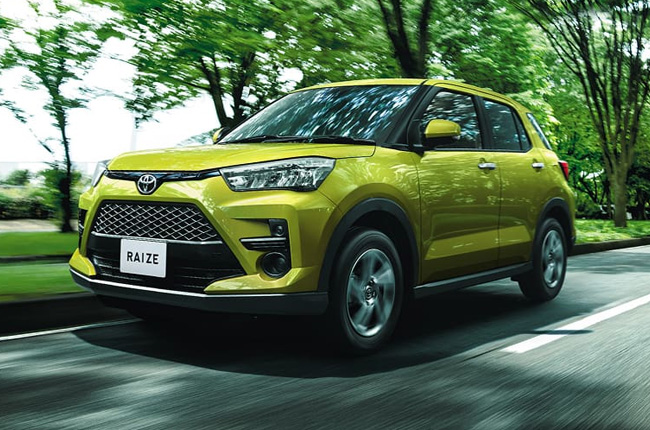 For the longest time, Toyota Motor Philippines (TMP) hasn’t had a model in the subcompact crossover segment. Although, there are options out in the wild in South East Asia, like the Yaris Cross, that did pique our interest last year, and is reportedly coming to the country. However, yet another subcompact crossover is joining the ASEAN region’s ranks for 2021, and it’s called the Toyota Raize.

Related: Report: The Toyota Yaris Cross is coming to the Philippines

The first launch will be in the Indonesian market, and the Raize might be a big deal even with its small size, thanks to its price tag. It’s similar in size to the Chery Tiggo 2, Kia Stonic, but it’s not as big as the two crossovers, instead, it’s a lot smaller than your average affordable crossover. Based on the Daihatsu New Global Architecture (DNGA), the Raize is essentially a rebranded Daihatsu Rocky. The vehicle will be manufactured in Astra Daihatsu Motor’s plant. As for its powertrain, the Raize will offer a few engine options, which include a 1.0-liter turbocharged 3-cylinder engine, or a 1.2-liter naturally aspirated 3-cylinder engine. The turbocharged motor makes 98 hp and 140 Nm of torque, while the naturally aspirated mill makes 88 hp and 112 Nm of torque. Transmission options for the Raize include either a 5-speed manual transmission or a continuously variable transmission (CVT). 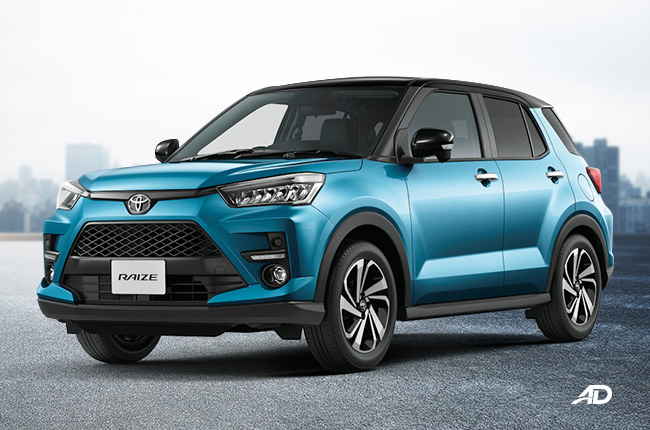 The exterior is something notable. It looks like an upscaled version of the Toyota Wigo. Also apparent is the hexagonal grille that it shares with yet another Toyota-Daihatsu collaboration. The press images also showcase a full array of LED lighting with DRLs and fog lamps, a blacked-out roof, blacked-out side mirrors, and wheels that look to be at least 17-inches in diameter in a two-tone finish. There are also chrome door handles that add a premium touch to the exterior.

This incoming Indonesian launch makes us wonder if there is something planned for the Philippine market. While TMP gets its units from Thailand, having the Raize here will pose an interesting proposition to the entry-level market. It appears that the Raize could be affordably priced as well, with the lowest variant going for RP 200,000,000 all the way up to RP 250,000,000. In Philippine pesos, given current exchange rates, this price range of the Toyota Raize is P668,000 to P834,000, which would make it one of the most affordable crossovers in the market, however, we have to anticipate taxes and other additional costs to bring this crossover in the Philippine market.