A few months ago, Mitsubishi unveiled an all-new version of their popular Montero Sport SUV in Thailand. Although Mitsubishi Motors Philippines Corporation (MMPC) has yet to announce its arrival in the Philippines, here’s a sneak peek on what’s in store.

Known as the Pajero Sport in Thailand, this beast that’s slated as a 2016 model has got some fresh things to showcase. And it all starts with what’s clearly a step up in exterior design. Among the things that drew attention was the “Dynamic Shield Design Concept” now seen in their new vehicles. The new design has an aggressive-looking front-end with added chrome touches. Not only do the new LED headlights look sleeker with a knife-like outer edge, they also now have thin strips of LED daytime running lights (DRL) that partly extend into the grille. Thin chrome strips then accentuate the DRLs and lead the eye towards the 3-diamond Mitsubishi emblem.

Meanwhile, the windows gets narrower as it moves towards the rear. This not only highlights the vehicle’s rear shoulder line, but also the outer edge of the new tail lights. 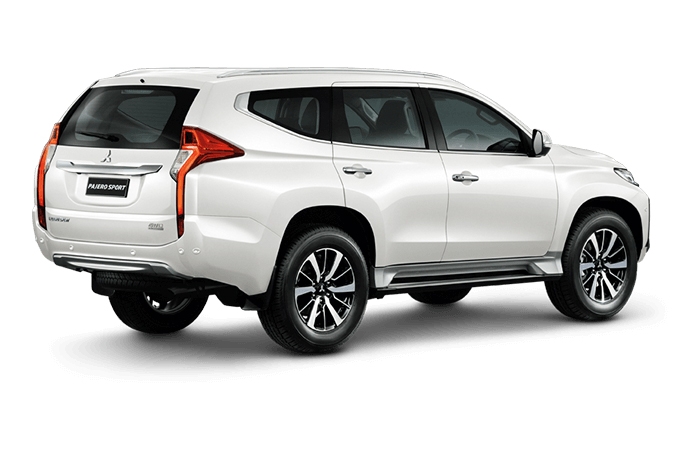 As for the interior, more silver trims and glossy black panels are now visible on the dash, the center console, and the door panels. The shift stick is higher and a driver oriented layout for the knobs can be seen. It now has automatic air conditioning with climate control. The interior is then highlighted with a new LCD touchscreen with navigation system that can play AM/FM/DVD/MP3 with Bluetooth connectivity. The passengers at the back can enjoy a DVD player with infrared headphones and remote control.

Under the hood is a 2.4L inline 4-cylinder turbo diesel engine which is rated at 181 hp and 430 Nm of torque. A lot more pulling power compared to the 350 Nm of torque from the previous engine. It also has a new 8-speed automatic transmission with Sport mode and built-in INC (Idle Neutral Control) that can be found in all 3 variants.

As we salivate from the all-new Montero Sport and its goodies do keep in mind that these are the Thailand specifications. All these can change (or not) as it hits Philippine shores hopefully early 2016.