Kia Motors has a diversified lineup of vehicles for the global market. It covers all its bases ranging from the small and compact city car to the large and capable SUV. The South Korean automaker even has a minivan available for those who want a big and capable family vehicle. With that said, 2022 is a new year. Maybe it’s time for Kia Philippines to add more models to its local lineup. Here is a quick list of models we want to see from the South Korean automaker to be made available for the local automotive market. While this isn’t exactly an all-new model, the local market's Kia Picanto is due for another update. In its home country of Korea, the small city hatchback is still on sale and recently received a facelift back in 2020. While its shape remains largely similar to the older model, its design has been tweaked a bit to give it a more modern look. This is evident in the new projector headlights, a new grille, and a refreshed interior as well. If this were to enter the Philippine market it could again be a big hit as it could outshine its rivals such as the Toyota Wigo and Suzuki S-Presso in terms of the power it carries and with its new lineup of features. The Kia Carens originally made its launch in India late last year and now features a more crossover-oriented styling as it has ditched its previous MPV looks. This could make it a perfect match for the Philippine market as crossovers are booming. It brings with it the brand’s latest design language called Opposites United which takes some styling cues from its other crossover brother the Kia Sportage. Aside from this the vehicle still retains a 3-row layout and is available with three engine options in the form of a 1.5-liter gasoline engine, a 1.5-liter turbocharged diesel motor, and a 1.4-liter turbocharged gasoline power plant. Transmission options for the vehicle include a 6-speed manual, a 7-speed dual-clutch automatic, and a 6-speed automatic for the turbo diesel engine. 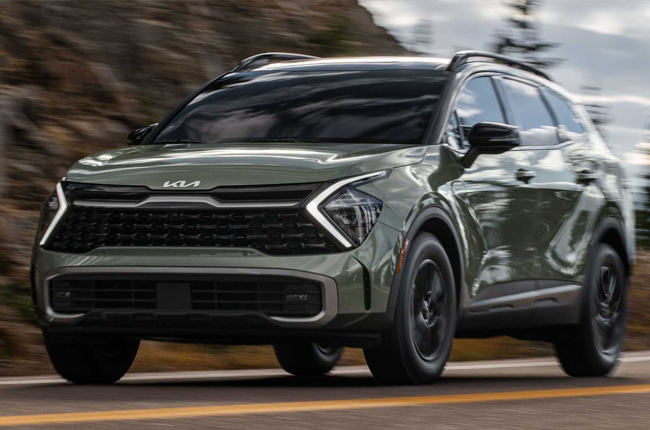 Another updated crossover from the South Korean automaker that has yet to make its way into the Philippines is the new Kia Sportage. It was also launched back in 2021 and brought with it a new more aggressive styling. As a backgrounder, the currently available Sportage is almost a veteran of its segment and is ready for a new model to take its place. With the arrival of the all-new model, it could be a great addition to the Kia Philippines lineup thanks to the addition of new features and a selection of new engines as well. The Kia Sonet is another great option for the Philippine market as it brings better ground clearance to the table compared to the locally available Kia Stonic. It also brings with it SUV-like styling along with a more modern-looking cabin. The Sonet in other markets is available with either a 1.2-liter naturally aspirated gasoline engine, a 1.0-liter turbocharged gasoline motor, or a 1.5-liter diesel power plant. Either of these options could match well with the local market, especially the diesel option. Depending on how Kia Philippines will theoretically price this it could slot just above the Stonic for customers who want a little more space in a crossover. Last but not least is the Kia Grand Carnival. While the local model has been around for quite some time, its newest version brings a lot to the table in terms of its new SUV-like design and the features that it brings. As it is a minivan it brings to the table a spacious and adaptable interior along with many other amenities that a family will enjoy. Power options are a pair of 3.5-liter V6 gasoline engines with varying tunes and a 2.2-liter turbo diesel motor. With only a handful of minivans being available in the Philippines, the arrival of the new Kia Grand Carnival could be a hit, especially within that specific segment.

With that said, the arrival of these models to the Philippine market isn’t set in stone just yet, but who knows Kia Philippines has been known to be full of surprises and one of these models might just make it into the local market soon.