Toyota Indonesia officially launches the Raize crossover in the market. After a debut in Japan, the Raize finds its way in the ASEAN region with the Raize. Based on the Daihatsu Rocky, the Raize resembles other Toyota-Daihatsu models like the Wigo with its bright and fun colors along with a hexagonal grille. 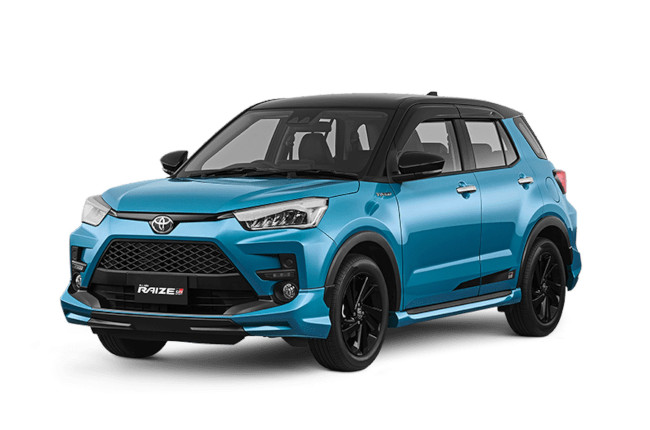 As for the Raize in Indonesia, the crossover comes with up to three variants, the 1.2 G, the 1.0 Turbo G, and the top-of-the-line 1.0 Turbo GR Sport, or GR-S. The top-spec trim is similar in execution to the Toyota Vios GR-S, where it is available with a myriad of additions like a body kit along with a different pair of front seats and upholstery. The wheel sizes for the Raize range from 16-inches all the way to 17-inches for the top of the line trims. GR badging is also prominent on the Raize and high variants will get a two-tone paint job, LED headlights, chrome door handles, and even blacked-out wheels for the GR-S variant. 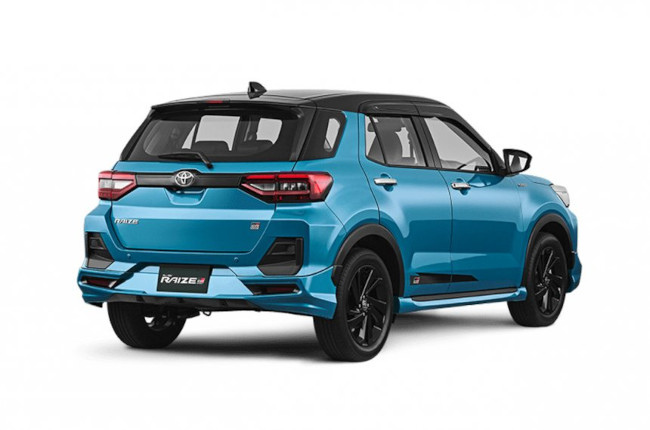 The interior of the top-of-the-line GR-S Raize gets a sporty makeover, with red piping adorning the seats of the interior. There will also be an 8-inch touchscreen infotainment system with Apple CarPlay and Android Auto, as well as a 7-inch multi-info display that will give you everything you need to know from your speedometer, tachometer, trip information, and more, all in a digital display. Top trims will get automatic climate control, paddle shifters, a leather-wrapped wheel, and combination leather and cloth seats. To top it all off, the Raize will also get a reverse camera and rear parking sensors for select variants. 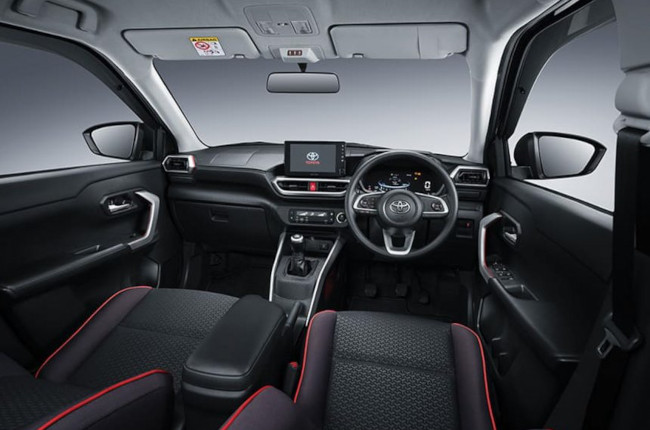 Shocking, however, is the fact that the Toyota Raize comes with Toyota Safety Sense as standard on the GR-S variant. Lane departure assist, autonomous emergency braking, adaptive cruise control, and front collision warning are added features that make the Raize a lot safer. Anti-lock brakes (ABS), is also standard along with a hill-start assist.

We might see the Raize make a Philippine debut, because it makes sense for Toyota Motor Philippines to enter a segment that it’s been missing out on for quite some time now. Dominated and populated by other brands, the Raize could be the perfect entry point for those looking for a Toyota, but want something that is more like the Wigo but with extra ground clearance. That being said, Toyota isn’t saying anything at the moment, so we’ll keep our eyes peeled.