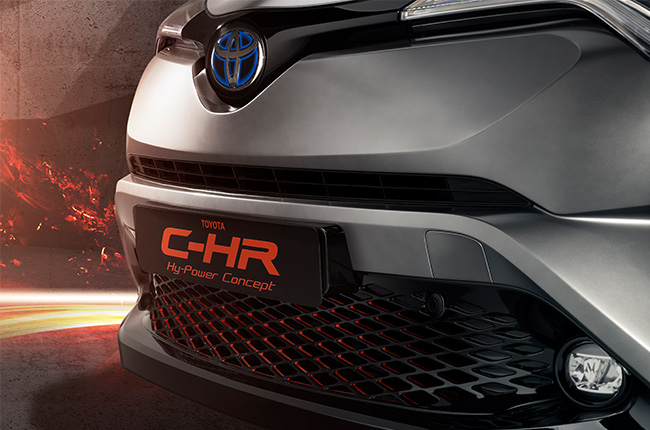 After MINI shared the news that they will showcase an all-electric model at the 2017 Frankfurt Motor Show, Toyota drops some hints of what we should look out for in the upcoming auto exhibit.

The Toyota C-HR—the Japanese marque’s highly-coveted small crossover—is said to getting a hybrid engine in Frankfurt. Although still a concept, Toyota claims that it is a design study by their European Design Centre (ED2) and has the intention to “emphasize C-HR’s emotional and powerful look.”

There are no added information released by Toyota other than an image of the car’s lower grille and nameplate. For us, however, it looks like they are increasing the ante of their electrified lineup with this new hybrid C-HR when it comes to design. Well, it’s better than the Prius on that end, right?

Meanwhile, Toyota also teases a new Land Cruiser that will go side by side with the new C-HR at their booth. The body-on-frame SUV finally gets an update. Whether it’s a complete revamp or just another facelift, we have yet to know as the announcement falls short on details.