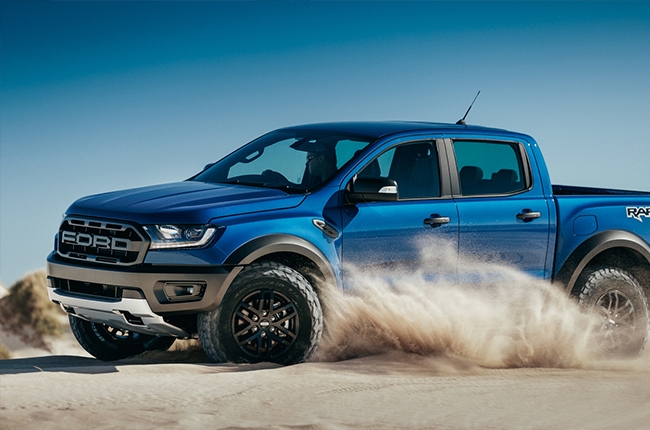 Earlier this year Ford officially revealed the highly-anticipated Ranger Raptor. Now, we get to see it being built from the ground up as production for this performance pickup truck commences in the Blue Oval brand’s factory in Thailand.

With the help of both man and machine, the time lapse video below shows the production line of the Ford Ranger Raptor all in 90 seconds. We’ll even see how it takes a rolling dive into a pool of primer in preparation for painting.

Interestingly, we noticed that the video clip featured both right- and left-hand-drive variants of the Ranger Raptor considering that Thailand is a right-hand-drive country. Throw in the fact that Ford Philippines has confirmed its arrival in the country this year, could we be witnessing the creation of the Ranger Raptor that will be shipped locally?

The American carmaker first teased the arrival of the Ranger Raptor in the Asia Pacific region last year with nothing but a photograph. We then spotted a teaser video of the “meanest and most badass” pickup truck tearing up the sand dunes in an Australian desert in Baja mode, using all of its 210 hp and 500 Nm of torque. And when it was launched, we were there to see it in action and in the metal (at least Caco was).

This monster truck will be equipped with a 2.0L bi-turbo diesel engine paired with a 10-speed automatic transmission. It will come with an updated terrain management system with six modes to conquer various road conditions.

Are you excited for the impending arrival of the Ford Ranger Raptor in the Philippines?