Earlier this week, spy photos of seemingly camouflaged Mitsubishi Xpander have surfaced the web. However, it’s not wearing its tri-diamond badge up front; it had an oval-ish emblem that’s a bit obscured because of the slight concealment.

With that, reports came out saying that the small MPV is actually the upcoming Nissan Livina that’s a rebadged Xpander – and it actually makes sense. Although the shape of the Xpander and its three-tier headlamp configuration are apparent, Nissan’s signature V-motion grille is very much out in the open. Well, it looks like it won’t be long before we confirm these reports as Indonesian media outlets such as Tempo have already received the invite to the launch of “the New and the All New” cars in Nissan’s Indonesian lineup. It came with the teaser image on top of this page, which coincides with the recently spotted test mule of the compact MPV.

The reveal would be on February 19, 2019, and just as everyone suspects, the cars that would be unveiled would most likely be the 2020 Livina and the Serena MPV.

It’s still early to tell if we’ll get the Xpander-based Livina in the Philippines, but it would be smart for Nissan Philippines Inc. (NPI) to do so. The market for MPVs in the country is very high and if NPI would bring its own competitor in the compact MPV segment, it would definitely improve the company’s positive sales growth that it had from last year. 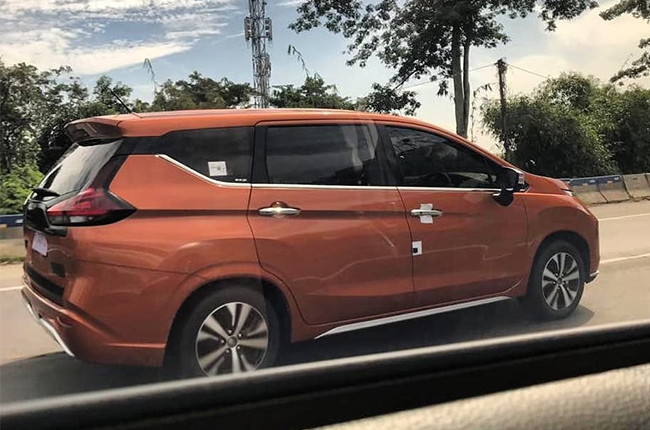 In case you’re wondering, the rebadging of the Xpander to make the 2020 Livina is made possible because of the alliance between Nissan, Renault, and Mitsubishi. It’s apparently a strong collaboration, as The Alliance has sold a total of 10 million cars in 2018.

To recall, Nissan and Mitsubishi have opened a new joint training center in Laguna in July 2018 as part of The Alliance.