Expectations. It’s important to manage your expectation when checking out the features offered in the 2019 Toyota Camry. As a Toyota, of course, you’ll expect the best from the flagship executive sedan in terms of safety. For technology, however, it’s a bit on the edge of falling down from satisfactory. Let me explain.

Here’s an in-depth review of the technology and safety features offered in the 2019 Toyota Camry. In my general review, I loved the Camry in its entirety even with its flaws laid out. Part of those shortcomings is the tech features it offers, which are rather lacking compared to what’s expected from its price point and class, and ultimately, things that you’ll likely find in its competitors.

Don’t get me wrong – this isn’t a stone-aged Camry that we’re looking at. Exterior-wise, it has great-looking LEDs with automatic headlamp leveler, while the side mirrors fold on its own when you lock the car. However, the daytime running lights are a bit odd; it would only engage when you set the headlights in auto, which means that you can ultimately turn it off.

As expected, several convenience features are found inside the Camry. It has auto brake hold, speed sensing door locks, auto-dimming rearview mirror, power-adjustable seats with memory function for the driver, three-zone climate control with rear controls, and auto up/down windows on all fours. While these are satisfactory in our books, there’s one thing missing that’s likely found even on entry-level cars: rear parking camera. You have rear parking sensors, nevertheless, but really? Well, I’m just as baffled. The seven-inch touchscreen infotainment system is on the average, which isn’t good and something that doesn’t match the sultry interior amenities of the car. It has Bluetooth and iPod connectivity, but if you’re an Android user, you’ll have to settle with Bluetooth in playing your music in the car. It has a MirrorLink function, but it isn’t as streamlined as expected. The interface isn’t user-friendly, as well, but you’ll get used to it in a matter of days.

Besides, with six high-fidelity speakers onboard, music listening is a pleasurable thing to do, especially during long drives. And oh, the Bluetooth can connect up to five smartphones, which means choosing the source of the music would be hassle-free. Handsfree phone call connectivity can also be shared with two phones. I’ll jump the gun and say that the Camry has the most number of safety features offered in its class, considering its price point. And it’s not just the number – they are standard among the two variants, just in case you’re going for the lower level G trim.

These safety features include seven airbags (driver, driver’s knee, front passenger, two sides, and two curtains), ABS with EBD and brake assist, vehicle stability control, hill start assist, emergency brake signal, and seatbelt reminders for those sitting in the front. It also has an immobilizer and security alarm for security.

The V variant, on the other hand, gets a heads-up display. I’d classify this as a safety feature as you won’t need to look down on your gauges in case you’re monitoring your speed, which is a safe thing to do. 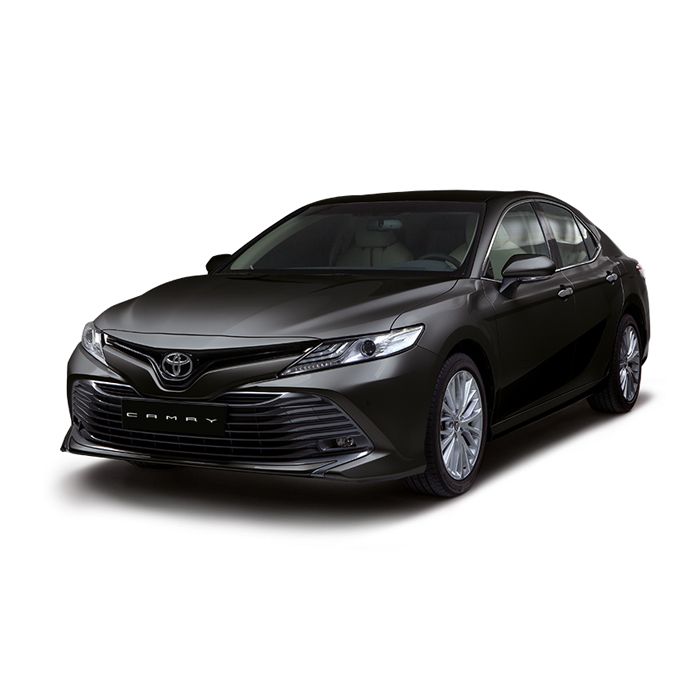 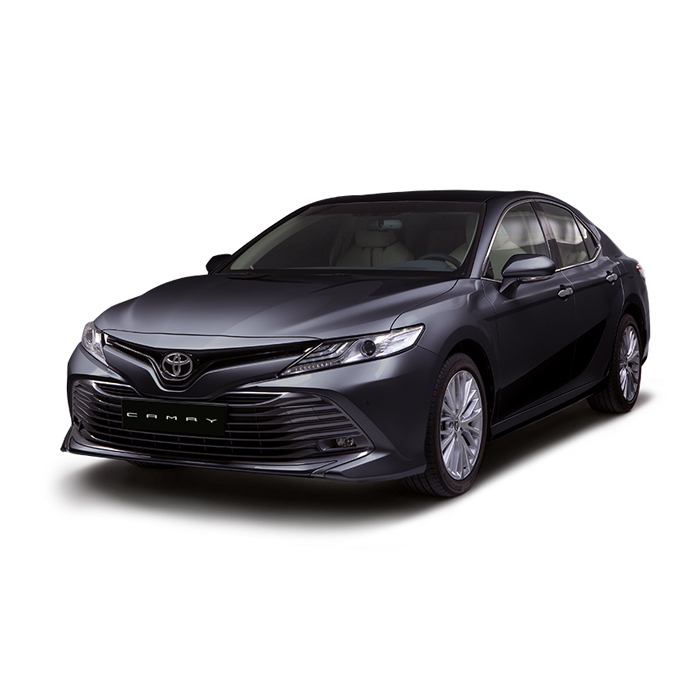 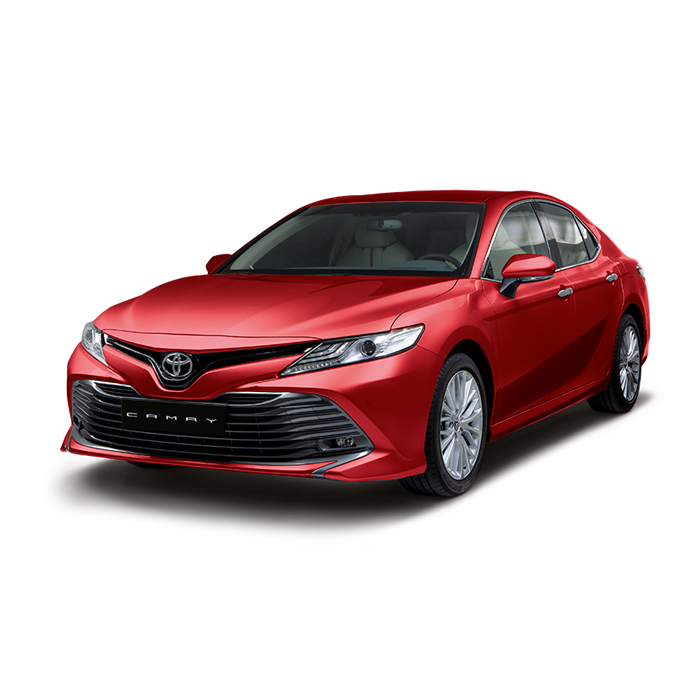 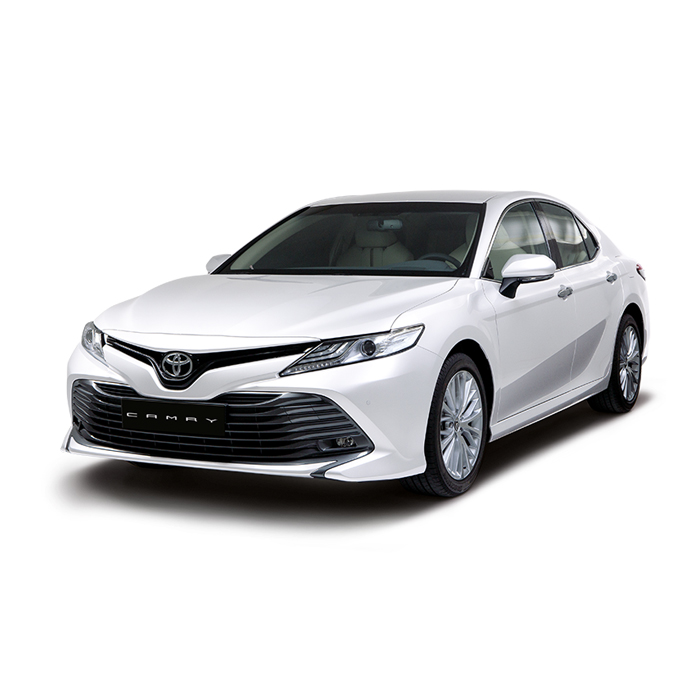