The Toyota Rush is one of the more popular 7-seater MPVs in the Philippines. The Japanese vehicle is known for its affordable price point, SUV-like looks, and faint similarities to its bigger sibling, the Fortuner.

While indeed a good choice for many, it could be wise to widen your options when considering your next car. We've got you covered here because we've compiled five capable alternatives to the Toyota Rush. 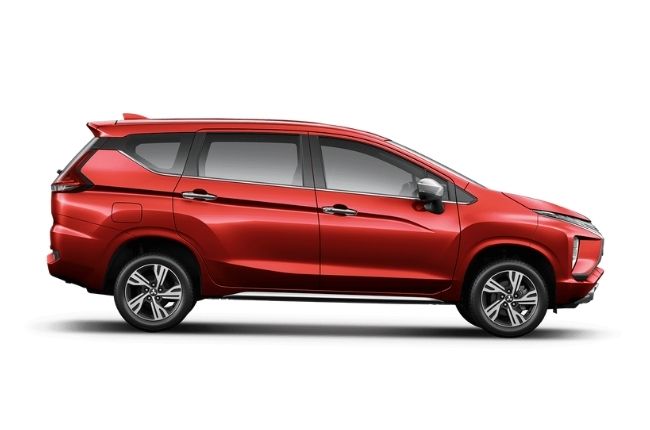 The Xpander is seen by many as a true competitor to the Rush. They were released right around the same time and share many of the features people are looking for. Design-wise, though, the two couldn't be any more different. While both are 7-seater MPVs, the Xpander features more radical styling, especially in its front fascia.

So, if you're looking for something a bit more unique, you can't go wrong with the Xpander. In terms of power, Mitsubishi equipped this MPV with a 1.5-liter MIVEC gasoline engine that's capable of 105 hp and 141 Nm of torque. Transmission options include a 5-speed manual and 4-speed automatic transmission.

At P1,128,000 for the GLS variant, the Xpander gets features like a 7-inch touchscreen infotainment system with six speakers, a push start button, cruise control, rear parking sensors, and more. Honda's take on the MPV has also been a formidable opponent to the Rush. While the design is showing its age, you can't ignore Honda's proven and reliable engineering. Based on the Honda Brio platform, the BR-V is nimble enough for city streets while being highly capable of transporting seven people without a problem.

The BR-V is a bit more powerful than the Rush, thanks to a 1.5-liter i-VTEC gasoline engine that punches out 118 hp and 145 Nm of torque. Standard features include a 7-inch capacitive touchscreen display with four speakers, steering wheel audio controls, and a rear parking sensor. The Honda BR-V is available starting at P1,038,000 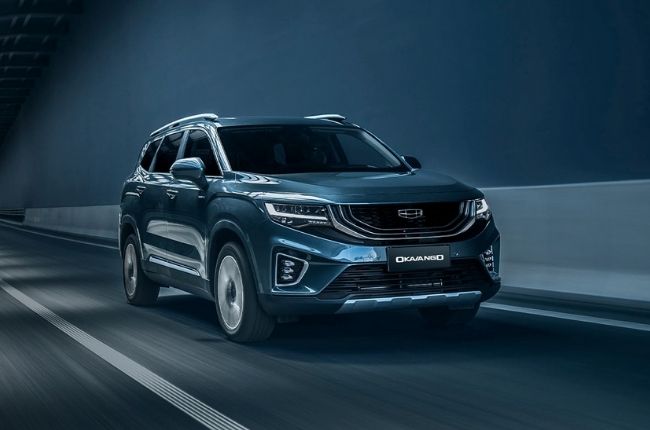 When it was released in 2020, the Geely Okavango was a breath of fresh air for the local MPV market. Geely is a relative newcomer in the local industry, but all their models benefit from attractive features and competitive price points.

The Okavango is no exception. While priced higher than the Rush, Geely made sure this vehicle is worth the extra cash. What powers the Okavango is a 1.5-liter, 3-cylinder, mild-hybrid gasoline engine that churns out a staggering 190 hp and 300 Nm of torque.

Apart from power, the Okavango includes features like a 10.25-inch touchscreen infotainment system with USB and Bluetooth connectivity, cruise control, a rear parking sensor, and for the higher variants—a 360-degree camera. The 7-seater Geely Okavango starts at ₱1,208,000. While arguably not as popular as some of the other MPVs on this list, Suzuki's entry deserves to be mentioned here. The XL7 is based on the Ertiga, but it gets a sportier design that can go toe to toe with the Rush.

The 7-seater XL7 is powered by a 1.5-liter gasoline engine that puts out 103 hp and 138 Nm of torque. The engine sends power to the front wheels via a 4-speed automatic gearbox. Suzuki equipped this MPV with modern creature comforts, including a 10-inch touchscreen with Apple CarPlay and Android Auto. Also available are six speakers, steering wheel audio controls, a backup camera, a push start button, and a roof rack. The Suzuki XL7 is available at P1,073,000 for its lone GLX AT variant. If you're not feeling the Rush but are committed to Toyota through and through, you might want to take a second look at the Innova. It's the MPV that started it all, and it's still worth the money for a lot of people. It's also the only vehicle on this list with a diesel power plant.

Speaking of power, the Innova gets a 2.8-liter diesel mill. The engine produces 172 hp and 360 Nm of torque for the automatic variants, while the manual variants can put out 168 hp and 343 Nm. The Innova seats seven or eight, depending on the variant.

In terms of features, we feel only the higher variants are worth looking at in this department. The higher trim levels get a 7-inch touchscreen infotainment system with Apple CarPlay and Android Auto. There's also a push start button, automatic climate control, LED projector headlamps, and more. Prices for the Toyota Innova range from P1,186,000 to 1,754,000.