The second wave of China-made Volkswagen vehicles is here, and with it comes a batch of alluring cars that aren’t shy to bear their European nameplate. The leader of the pack is the Lamando – Volkswagen Philippines’ midsize sedan offering.

While the Santana AT variants and the Santana GTS subcompact wagon are attractive vehicle choices with under-a-million-pesos price tags, the Lamando has instantly caught my attention the moment I stepped inside the Volkswagen dealership – and that’s from someone who rarely looks at midsize sedans as a vehicle choice. Here are the reasons why. 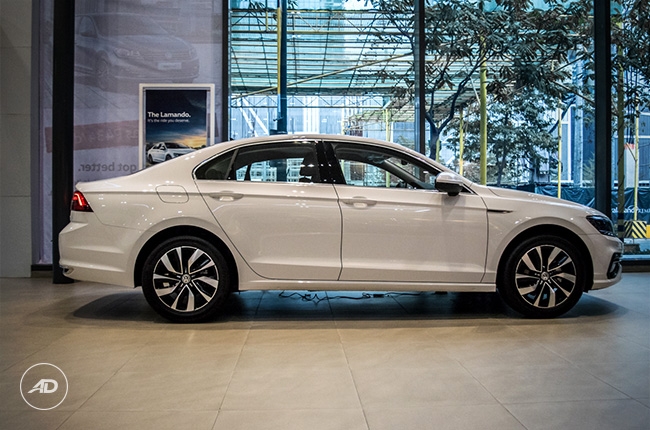 Call it love at first sight, but the Lamando has a striking visual appeal despite its polarizing name. The Polar White paint job employs a clean look, while the black accents are perfectly positioned to lead your eyes onto the subtle sportiness of the car. The black front roofline is a really nice touch, I reckon. 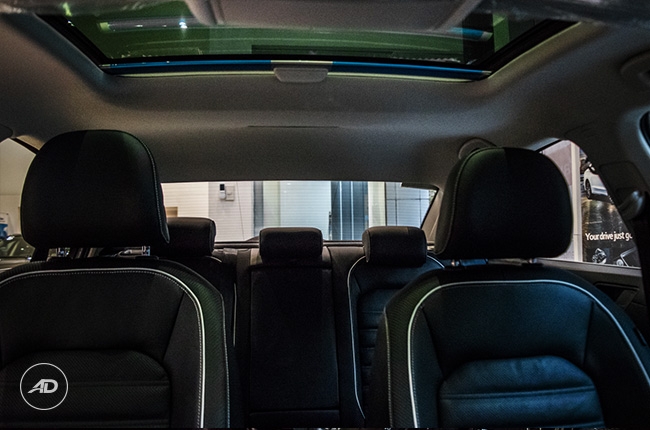 As an executive sedan, the Lamando is, of course, laden with premium touches for its interior, albeit, VW likes to drop a little bit of sportiness into it. The power-adjustable perforated leather seats are the sports type, while the white accents lighten up the mood. Straight lines are still king as all VW’s car, but it worked well for the Lamando as it complements the plush feeling while seated inside.

Best part? Panoramic sunroof that extends down to the rear. Nifty. 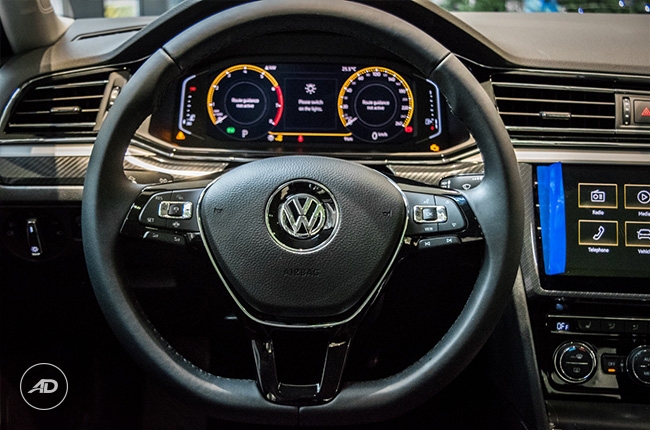 Whether you’re looking at its instrument cluster or the infotainment system, the Lamando Highline comes standard with LCDs that have crisp displays. The 9.2-inch infotainment system has Apple CarPlay and Android Auto functionalities, too, perfect for today’s gadget-driven lifestyle. 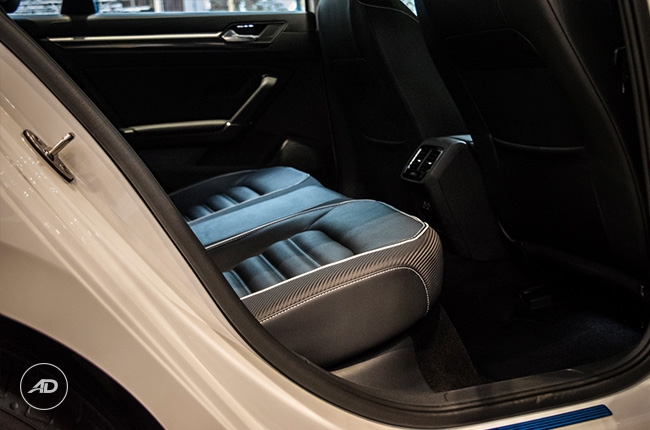 Being a midsize sedan, the Lamando is admittedly smaller when compared to the more familiar names in the segment like the Honda Accord or Toyota Camry. However, its interior space is just as massive and while it has the least wheelbase length among the three, the rear could seat three averagely-built Filipinos comfortably and without complaints. There are rear A/C vents, too, so these people will be just as cozy as the ones in front. 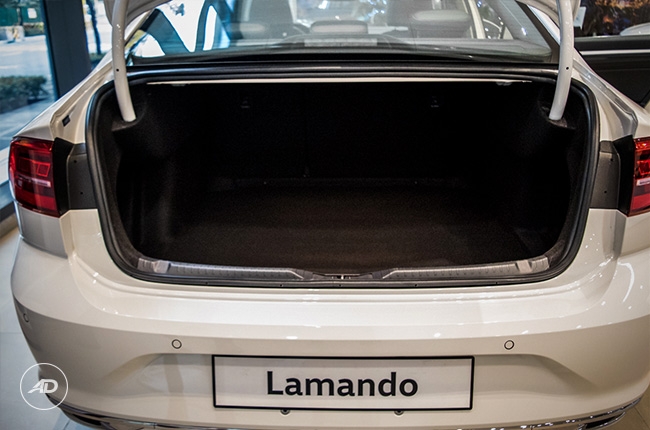 Another shocker would be the Lamando’s trunk, which is just as spacious and deep as the cabin. I didn’t measure the volume exactly but just by looking, it would probably fit two large luggage plus a bit of a room for two more knapsacks. Loading and unloading would be a cinch as well since the opening is wide and the lip is lower than most. Aside from the toys that the Lamando can offer, it’s also blessed with several active and passive safety features. These include front driver, passenger, and side airbags, head curtain airbags, electronic stabilization program (ESP) with anti-slip regulation (ASR), ISOFIX anchorage points for child seats, an array of parking sensors, and the mentioned adaptive cruise control and tire pressure monitors. 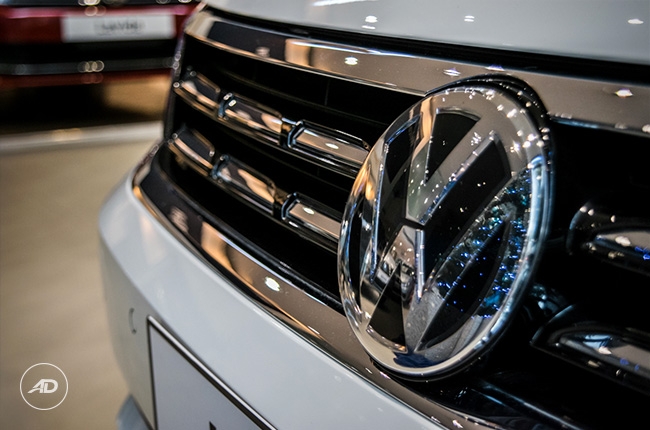 Even with the tad touch of sportiness on the Lamando, it’s still undeniably a Volkswagen. That means it carries the refinement and excellent build quality, plus the employment of high-quality materials that are apparent throughout the car.

At P1,703,000, the Volkswagen Lamando Highline is truly an attractive midsize sedan, not only in its exterior design but with the things it can offer as well. All Volkswagen cars also come with comprehensive coverages such as the three-year or 100,000-km general warranty, three-year paint warranty, and another three-year warranty for main steel body structure through-corrosion. The periodic maintenance service (PMS) interval is just once a year as well, or every 10,000 km, whichever comes first.

Although, there’s one thing left to know about the car: the 150-hp turbocharged 1.4-liter BlueMotion gasoline engine with seven-speed dual-clutch DSG. This powertrain can be also be found in the Tiguan that I reviewed before.

Now, considering how great the Tiguan drove in my review, I’m pretty sure the lighter midsize sedan would drive just as nice, if not better. Just keep an eye out for our in-depth review as we’ll surely get behind the wheel of the Lamando in the days to come.