Cargo space is a very valuable metric if you are looking for a practical car that gets the job done and then some. It’s useful when you find yourself shopping for a month’s worth of groceries in just one trip, or bring the whole family and their entire wardrobe on a trip out of town.

Crossovers have become very commonplace in the market, and the refinement, ground clearance, and space are all reasons as to why the body style has gotten so popular over the years. So here’s a list of the crossovers that have the most cargo space separated by size.

This list is based on the vehicles that are available in the Philippines, and will be updated as new cars are launched or bigger crossovers with bigger cargo space are identified. 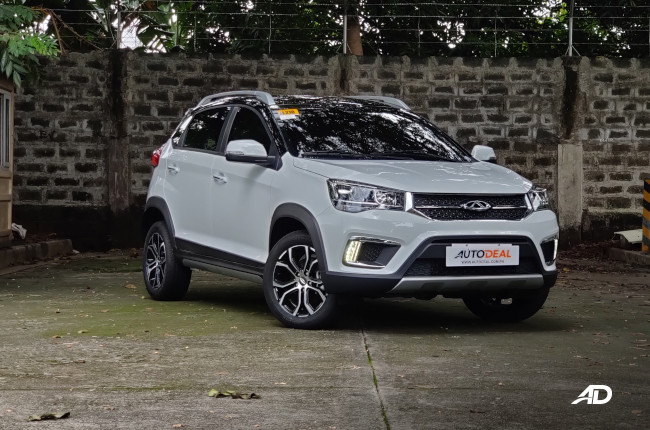 Small crossovers are the most compact and easiest to drive among the offerings in the crossover body style. Technically, they fall under the subcompact segment, but they’re more compact and offer a price point that is well under their slightly larger counterparts. A small crossover is an indispensable tool in the tight city streets of the Metro, but they’re a bit compromised in terms of overall space, but they’re pretty affordable, to begin with. However, the Chery Tiggo 2 is one of the cars that we’ve tested from this size category that has a total of 420 liters worth of space with all the seats up and a very accessible price point. It’s the best of both worlds in this regard, and on top of that, you get generous amounts of space in the interior for its size. Slightly bigger than its smallest brethren, the subcompact crossover is the most popular size in the market thanks to that balance of size, drivability, and price. Among the wide range of models on offer in this size, the best in this segment is the Kia Seltos. With all seats up you can fit a whopping 753 liters of cargo and 5 passengers, but if you want to maximize cargo space, you get up to 1,778 liters, which can rival some midsize crossovers. On top of that, you get a great-driving car along with some very nice standard features such as Android Auto and Apple CarPlay. Going a bit bigger and more premium, you have the compact crossover segment. A halfway point between the smaller and the largest offerings in the market, you can oftentimes find the most diversity in terms of seating capacity in this segment, from 5-seaters to 7-seaters. The compact segment can be a very enticing place to shop, and in terms of cargo space for a 7-seater compact crossover, the Honda CR-V still holds its own in the segment offering up to 1,110 liters with the third row down, and then 2,146 liters with the second row folded. The CR-V is also equipped with a 1.6-liter diesel engine but is still powerful with 300 Nm of torque enough to carry its weight and then some. 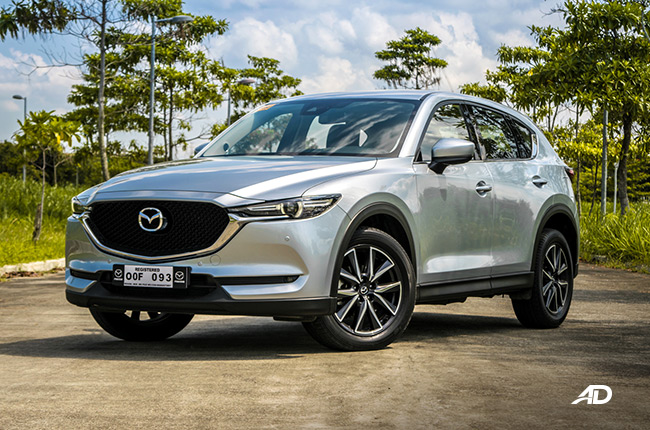 As for 5-seaters, we have another segment staple in the form of the Mazda CX-5, which features up to 875 liters with all the seats up, and 1,687 liters with the 2nd row down. It’s among the most premium of the selection we’ve assembled on this list, and like the CR-V, it is one of the only models that have a frugal yet torquey 2.2-liter diesel engine or a peppy 2.0-liter or 2.5-liter gasoline engine. It frequently gets high marks for fuel economy, and it managed to be one of our highest-rated crossovers even to this day and is a gorgeous yet practical vehicle. The biggest and most premium segment in the Philippines in the mainstream market is the midsize crossover. This size is perhaps one of the most luxurious because of the space it allows. 7 seats seem to be the standard for this segment, and you get the cargo space to boot. The biggest crossover in this size in terms of cargo space is the Ford Explorer with 515 liters with the third-row seats up, 1,356 liters with the third row down, and 2,486 liters with the second row down. With a substantial width and length, the Ford Explorer is still one of the best in terms of space and power. For good measure, and to help bring all that mass up to speed, you get a 3.5-liter EcoBoost V6 that produces 365 hp and 475 Nm of torque. It’s one of the most lounge-like in its class, and it is undoubtedly a vehicle with a substantial amount of road presence without a doubt.