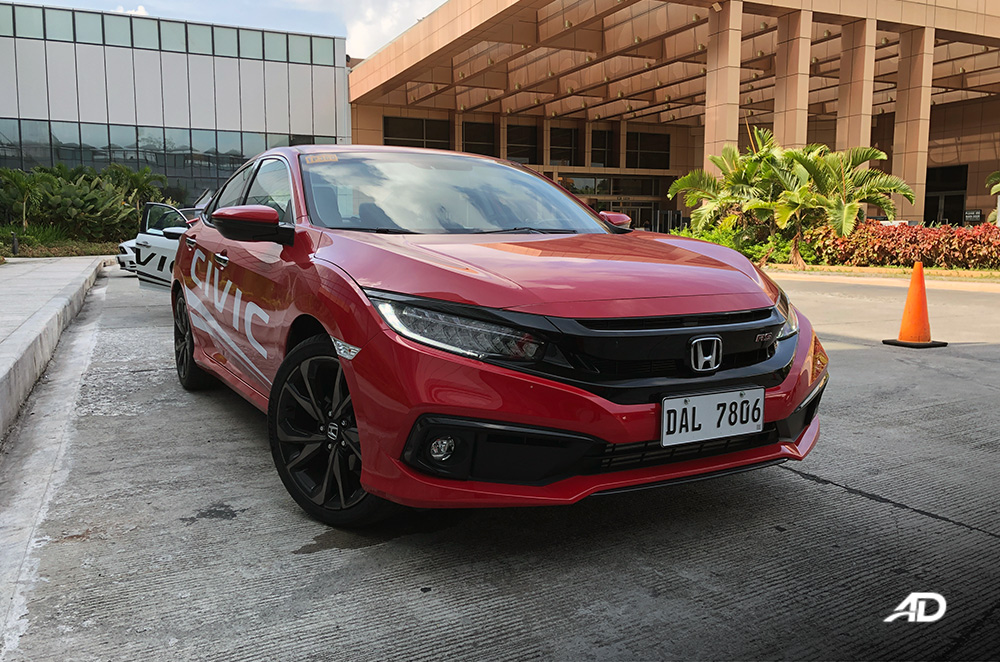 While we were out testing out the 2019 Honda Brio subcompact hatchback during the three day media drive, Honda Cars Philippines Inc. had one day set aside to try out the recently updated 2019 Honda Civic. The short drive consisted of city driving combined with some faster sections on the outskirts of Clark. More importantly, we finally got some first hand experience with the new features that this facelifted model had to offer. Here’s what’s changed and how it improves the overall experience for new Civic owners. 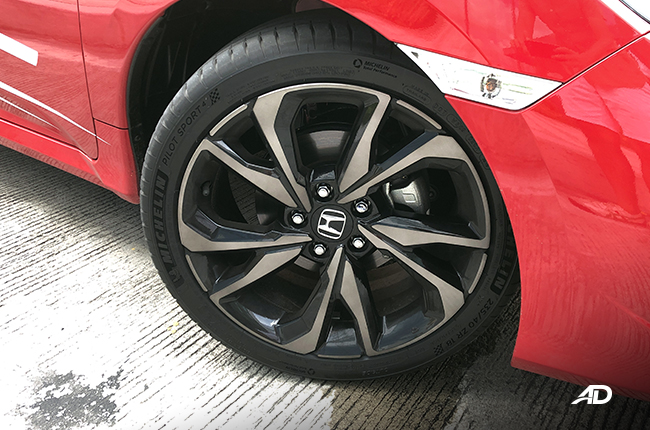 Let’s talk about the 2019 Honda Civic RS Turbo first. Honda’s bestselling compact sedan carries over the potent 1.5L turbocharged gasoline engine making 171 hp and 220 Nm of torque still mated to a continuously variable transmission (CVT), which offers the best of both worlds - response, acceleration, and fuel efficiency. Most of the changes are aesthetic, with Honda deciding to address concerns when it came to infotainment and cabin amenities. On the outside, the RS badge now proudly occupies a tiny portion of the piano black grille, matching that of the rest of the RS variants in the Honda lineup. You also get bigger and thicker wheels in the form of 18-inch alloys which can also be found on the United States domestic market (USDM) Civic Si, coupled with more performance oriented Michelin Pilot Sport 4 tires, giving better grip and longevity overall. Inside, you get a revised 7-inch infotainment screen, with actual buttons to access key functions such as navigation, home, menus, and audio controls. More importantly, the fan speed control in the RS trims can now be adjusted with an actual button at the base of the infotainment screen, meaning you don’t have to rely on a touchscreen to access a basic function anymore. There’s a new combination of red stitching and fabric inserts on the seats, together with sport pedals, and more visually appealing trim pieces on the dashboard and front doors. You also have the added convenience of an illuminated electronic parking brake button. The updated RS Turbo will set you back P1,608,000.

The crowd favorite E variant gets a touch up 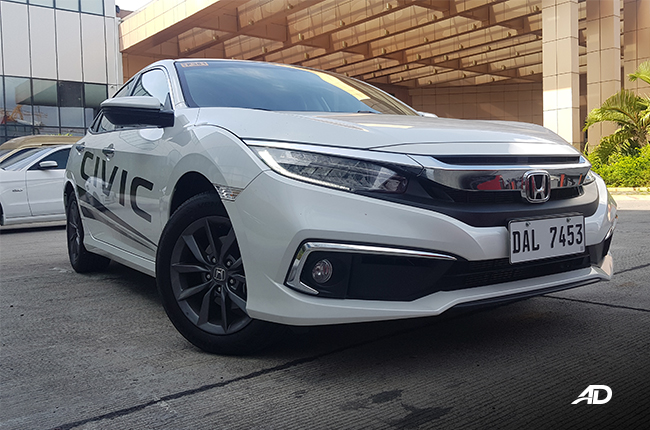 The Civic 1.8 E gets a slight update, too, as a revised front bumper is the most obvious change, combined with a new set of 16-inch alloys. A slight addition is the chrome door handles for a more upscale look. The engine is the same 1.8L naturally aspirated gasoline with 141 hp and 174 Nm of torque with a CVT. The cabin gets almost the same updates of the RS, except the seats are carried over, as are the pedals. The infotainment does get the same upgraded 7-inch touchscreen sans the aircon fan speed controls at the base. Dashboard and door panel trim pieces get a new look as well. All of this comes in at P1,185,000.

Civic S, the new base variant Unfortunately we weren’t able to get our hands on the new Civic 1.8 S variant during the media drive, as no unit was driven in from Manila. What we do know is that this opens up a more affordable option to those looking at getting the new Civic. In this variant, you get the same 1.8L engine, and halogen projector headlights instead of the LED units in the RS Turbo and E. You also get a 7-inch infotainment screen, but without Android Auto and Apple CarPlay. The base model also dons the same 16-inch wheels as the previous 1.8 E, and the door handles are body colored. Pricing is P1,115,000 for the new base variant of the Civic. With the base variant being pretty close in terms of pricing to the Civic E, at just P70,000, there’s now an interesting dilemma for new buyers - save up the difference and get the advantages of LED lighting, better infotainment, and more visually appealing touches? Or still get an overall solid package that still offers a good amount of kit together with five star safety ratings across the board. Either way, Honda’s Civic is still one of the most eye-catching compact sedans on the market today, and whichever variant you get will be a top contender against other rivals.