Formally known as “The Culinary Capital of the Philippines,” Pampanga has been the land of such pioneers producing local dishes that surely captures the taste buds of many. Like the Kapampangans, Swedish truck company Scania has formulated a recipe for its Marcopolo bus entailing first-class flavors that should capture the taste buds of Filipino commuters.

Our friends from Scania Philippines took me on a flavor-packed food trip to Pampanga. Our meetup place was at the Balintawak showroom, and I’m quite privileged to be one of the first passengers to set sail on the new Marcopolo.

Inside the Marcopolo Bus 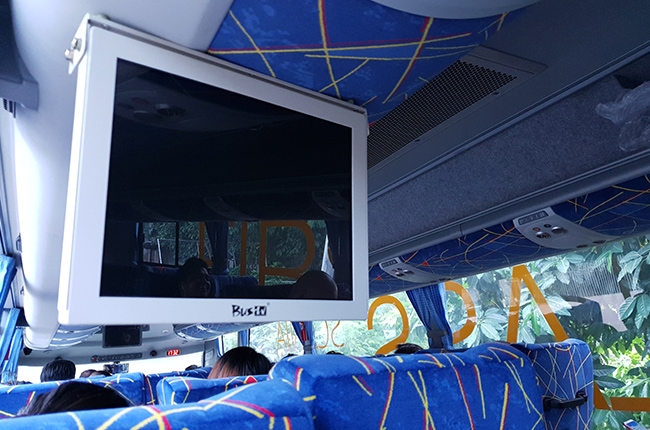 Upon entering the Marcopolo, we are greeted with a typical seating layout and some standard features that you’d usually find on other busses such as cup holders, armrests, and a monitor situated in front for passenger entertainment.

Although, there are some goodies which separate this bus among others. There are USB charging ports located below each seat, six CCTV cameras for that added security, and an extra monitor for that ease of vision for rear passenger watching while on the cruise. Moreover, it rides pretty well – all thanks to the Marcopolo’s fully air suspension. 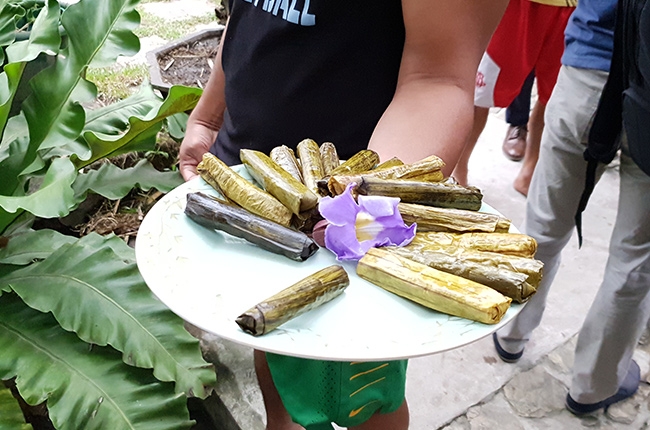 Our first stop was at Guagua, Pampanga where we visited an artistically-crafted vacation house which was then converted into a restaurant: Alviz Farm. We were served with well-presented and authentic Kapampangan dishes. Quite a heavy breakfast I’d say, with a variety of food present on the buffet table, such as the Pisto (best served with pan de sal), longganisa which happen to be a very famous dish of the province, fried rice with a stash of crab fat (my favorite!), and lastly is the Duman – a famous delicacy of Pampanga served with hot batirol. 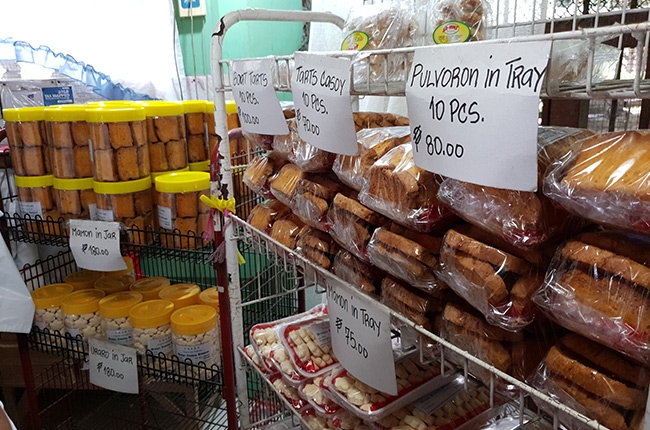 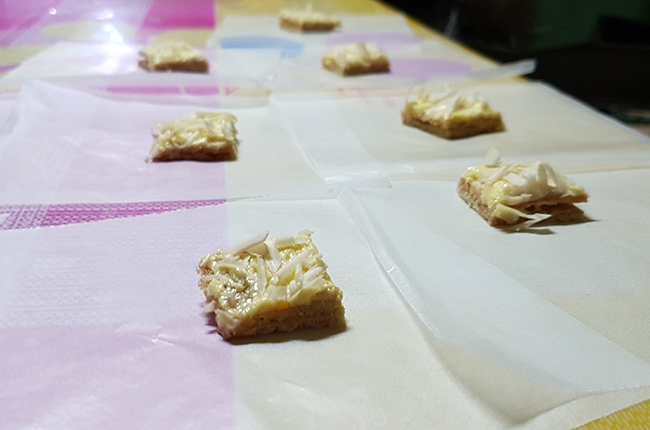 After that heavy breakfast, we immediately proceeded to another restaurant in San Fernando called Everybody’s Café, still ferried by the Marcopolo bus. The restaurant itself is quite famous among tourists given its wide range of all-time favorite Kapampangan dishes such as kare-kare, sisig, and their famous fern salad which are as mouth-watering as to how those first-class flavorings were infused with the Marcopolo.

Right after lunch, we stopped by at Ocampo Lansang Delicacies for some pasalubong shopping. We were also given a demonstration on how delicacies such as Sans Rival and Turrones de Casuy were made from scratch. For years, the family has managed to maintain its practice in making each product for selling. According to the owner himself, this is what keeps their customers coming back, as the procedure itself affects the overall quality and tasting of its products which has been established for years.

A Short Glimpse of History Down to three remaining stops were composed of historical marks which highlights the province itself, as greatly influenced by the Spaniards. First is the Betis Church located in Guagua, Pampanga and second is the San Guillermo Parish Church, which happens to be half buried in lahar. On to our last stop was at the San Fernando railway station wherein it was converted into a museum showcasing its rich history as to the Bataan Death March. For this particular landmark is actually where the soldiers took a train during the historical event.

While the whole trip with the Scania Marcopolo bus seemed to be a touristy thing, we all learned something about the brand itself, with a stash of exceptional drivability and of course the brand’s total commitment to service for that added certainty. Truly Scania aims to continue tracing its footsteps as to producing quality-built trucks and busses in order to capture more prospective consumers.

We were indeed cruising in first class, and undoubtedly the Marcopolo is a bus infused with such luxurious amenities that can be found on perhaps a business class plane. Like Pampanga, the Scania Marcopolo is indeed a hidden gem which has so many things to uncover. Hoping that the near future of public transport will be as bright as this bus.