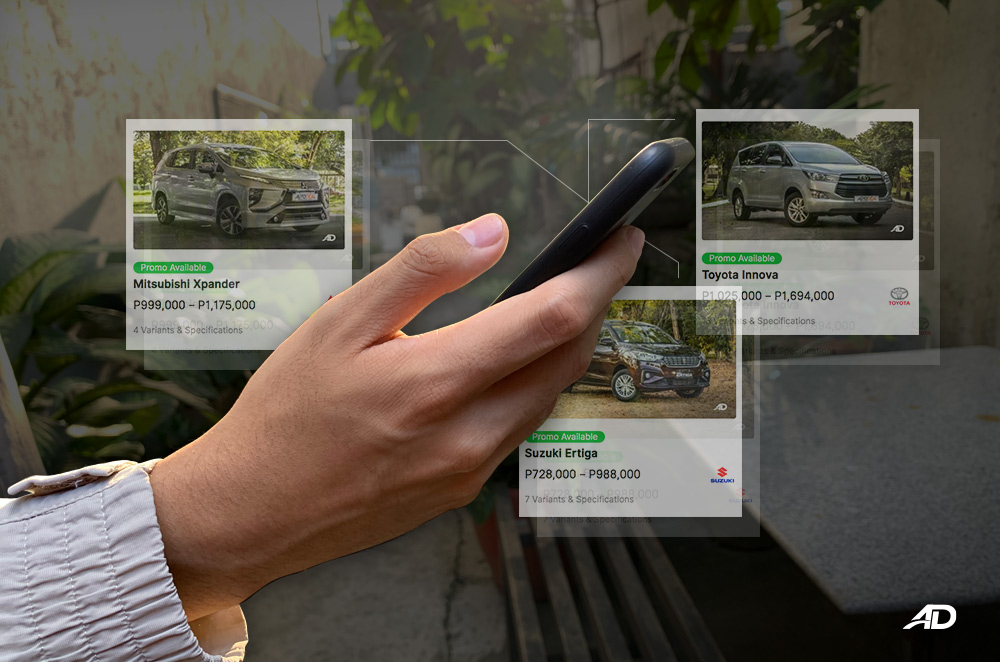 Overseas Filipino workers (OFWs) are put in a special scenario because of the distance from their mother country and their families. On AutoDeal, we have a special metric that tracks inquiries from OFWs from all over the world. It appears these workers are looking to purchase a car in the Philippines for their families.

Through a platform that is accessible almost anywhere in the world, AutoDeal is able to respond and address the needs of these kinds of customers. We were able to gather data specific to OFWs regarding which cars they are most interested in. All of this data was gathered from January to November 2019. 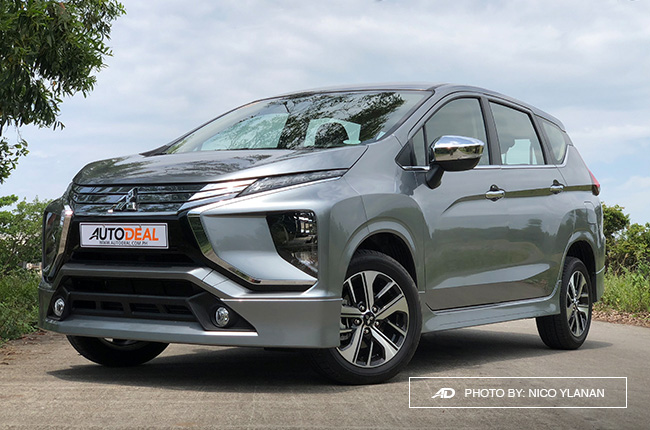 It appears that Mitsubishi has created a hit for the OFWs. The prospect of an affordable 7-seater MPV appears to be enticing. Couple that with word of mouth, advertising, and various media outlets praising the Xpander for its many good qualities in and outside of the Philippines, and you have yourself a recipe for success that can cross oceans – literally. Its popularity still endures even if it was launched back in March of 2018.

Percentage-wise, 5.50% of all inquiries from OFWs were for Mitsubishi’s small MPV, nearly a full percent ahead of the second most inquired-for vehicle. 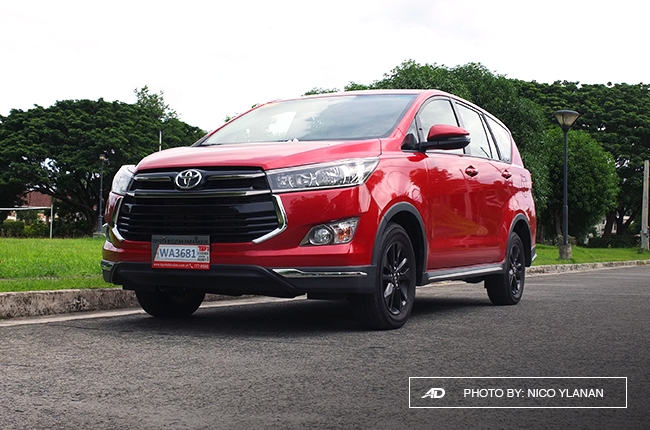 The pioneer in the MPV segment of cars rests comfortably in second place. It’s a tried and tested nameplate that is coupled with one of the most trusted brands in the Philippines today.  The current generation model has been around since 2016 and has stuck ever since. It has everything that most Filipinos want, which is a diesel engine, 7-seats, and a reliable brand name to back it up.

The Innova was able to gather a percentage total of 4.77% of all inquiries from OFWs only narrowly beating out its smaller cousin. One of the breakout stars in Toyota’s lineup, the Rush played a big part in TMP’s success this year. It sold well since its introduction in May of 2019 and was a rival to many other nameplates in its segment. It’s a modified Avanza with more interior and exterior refinements for an additional price above the Avanza’s tag.

The Rush was only slightly edged out by its older brother the Innova, with a total of 4.74% of all OFW inquiries. Another staple on Philippine roads is the Toyota Fortuner because even after its 2016 launch, interest for the vehicle from OFWs is still substantial. The midsize SUV features 7 seats, a diesel motor, and some attractive looks to boot. With its high ground clearance, it appears that it is the perfect vehicle to traverse Metro Manila with and ensure an OFW’s family is safe from flood and dreaded potholes.

A total of 4.35% of all OFW inquiries were for the Fortuner, cementing the nameplate’s status as one of the most popular SUVs in the market today, even it if does come at a premium compared to its rivals and other cars in other segments. 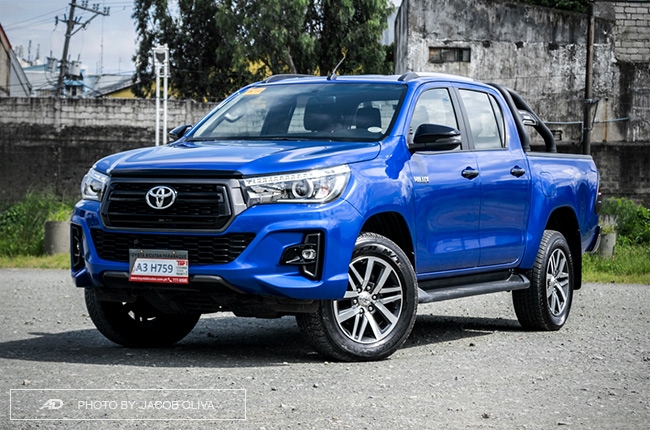 For OFWs looking to buy their families some utility, the Hilux is perfect since the nameplate is known for ruggedness and longevity. It breaks the streak of 7-seater vehicles that have populated the list so far, and it trades those two extra seats for a bed that can carry up to 1,000 kgs worth of weight. It still remains a popular model, even for overseas workers, even after its launch back in 2015.

The Hilux just netted a percentage just a hair below 4%. Based on our data, a total of 3.99% of all OFWs who inquired using AutoDeal were interested in this model. And so continues the trend of 7-seater vehicles being popular in the Philippines. This time the Toyota Avanza, the more affordable cousin to the Toyota Rush takes a spot. This model’s name has been in the Toyota lineup longer than the Rush, but it still remains strong in the minds of OFWs looking for a value-oriented option from the most popular brand in the Philippines. A refresh in May 2019 also helped this model’s popularity.

The Avanza was able to get 3.66% of all inquires from OFWs and is followed closely by one of its rivals. Breaking the Toyota streak is a humble MPV from the well-loved brand, Suzuki. The Ertiga stands as a worthy competitor to more expensive options in its segment. It offers features and refinements that can be had at prices that are very accessible to many consumers in the market, and Filipinos love a good deal. An all-new model was launched in January of 2019, allowing the Ertiga to remain relevant in the minds of consumers this year.

We weren’t kidding about the Ertiga and Avanza, because the Suzuki got a percentage of 3.65% of the OFWs inquiring on AutoDeal. A difference of only 0.01% is splitting hairs at this point, and it’s impressive to see how close these metrics are. 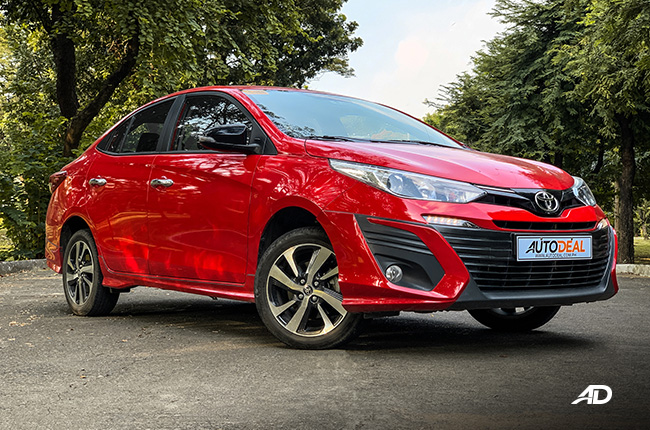 We’re back on the Toyota train now, and this is the only sedan to make the list, the Toyota Vios. It defied all odds since most of the market is pointing to 7-seat, high ground clearance vehicles. The Vios bucks that trend and places even if it is a subcompact sedan that was launched back in 2018.

Overseas workers are still looking at one of the most enduring nameplates in the country, and the Vios earns its 3.63% in total inquiries. 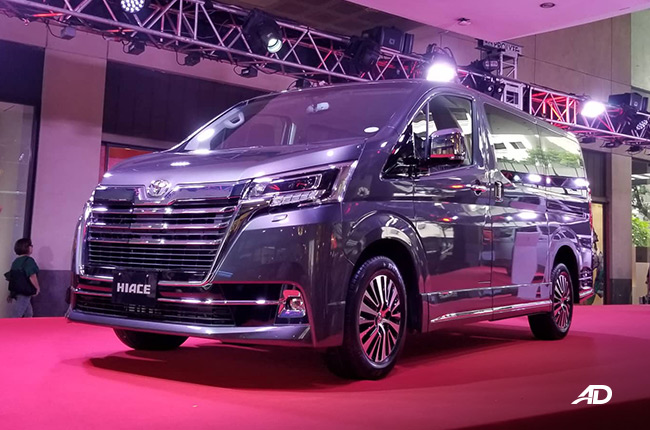 From small and subcompacts, we have one of the biggest vehicles in the Toyota lineup only second to the coaster, the Toyota Hiace. This model comes in many different variants and trims levels. No matter what walk of life you come from, there is a Toyota Hiace for you to choose from. It also helped that the new model’s first-ever launch event was held in the Philippines, with a follow-up Super Grandia launch happening a few months after.

This gargantuan choice accounted for 3.55% of all inquiries made by OFWs, and it’s the only full-size van to crack the top 10. 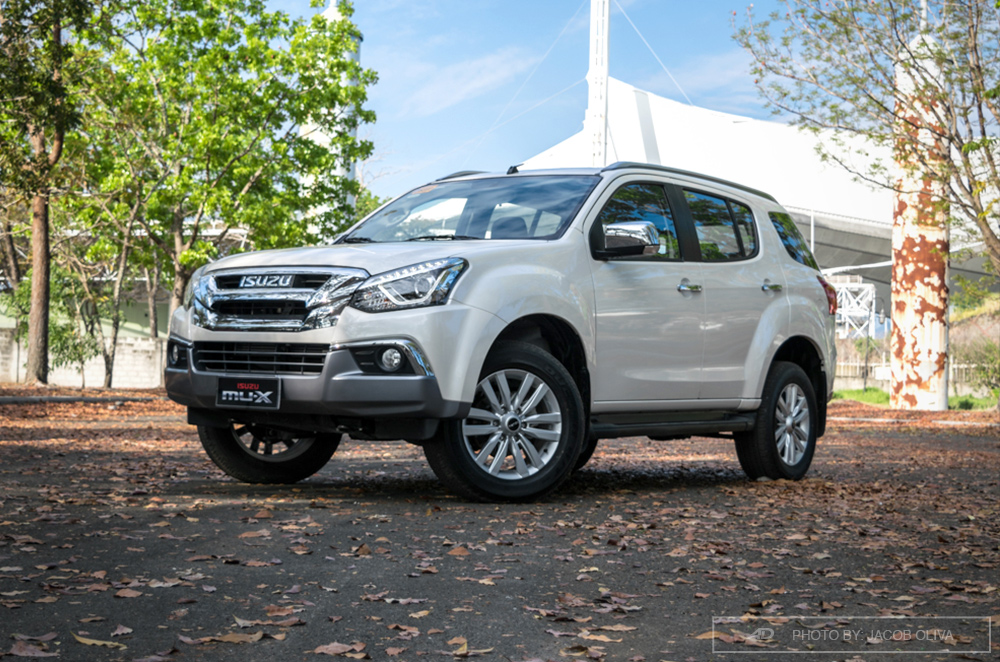 Due to the success of 7-seat midsize SUVs in the country, Isuzu chose to enter the market with the cousin to the D-max, the mu-X. This SUV continues to innovate within its line by offering engine options that are smaller and more efficient. Couple that with Isuzu’s legendary reliability, and that’ll entice just about anybody. The mu-X was launched back in 2014, but low prices and new engine options have kept consumers interested in the model, and that includes OFWs as well.

Even if it is last, it managed to capture the interest of 3.46% of our total OFW inquiry metric.

It appears that distance makes the heart grow fonder, of reliability and brand equity. OFWs are already taking a risk by working abroad, which could lead to a purchasing decision that leans more towards the familiar. Toyota is the most popular brand on AutoDeal, and Filipinos are quick to choose this Japanese brand because it is mired in enduring stories of dependability.

The top spot, however, is not a Toyota, it’s a highly regarded, and sought-after model from Mitsubishi that made the list. It meets all the criteria here, it provides a ride that is pliant enough over bumps and potholes in Metro Manila, it has expansive space for passengers and storage, and it comes at a price point that most Filipinos shop at, around P1,000,000.

Other brands in the list also have long histories in the Philippines, and their newest offerings in the market piqued interest in and out of the country. An interesting case can be made for many Toyota vehicles and even the Isuzu mu-X because even if the cars are well over a year in terms of their product life cycle, OFWs are still inquiring for these nameplates.