April of 2022 has been a strong month for the car industry as it saw the launch of new vehicles such as the Toyota Veloz, and Honda HR-V, and the Haima 7x. While these took over the spotlight for a bit, other vehicles were still being sought after by the car community. With that said, here is a quick list of the top 20 most inquired cars for the month. The new Mitsubishi Xpander has been teased by the automaker over the past few months. This has generated quite a good amount of interest for the MPV as almost 1,000 individuals have actively searched for the vehicle from the Autodeal website for April alone. Up next we have the Isuzu D-MAX taking the second position. The pickup truck has generated quite a stir as it is a popular choice for those looking for a durable and feature-packed workhorse or lifestyle vehicle. It was actively searched for garnering about 730 searches for the month alone. Another Mitsubishi makes it onto the list in the form of the Montero Sport. The SUV despite being a little older than its competitors has a solid following and has garnered a good amount of searches. The SUV was able to get close to 700 searches for the month alone. This means that people are still looking for it to be their next vehicle. The Suzuki Ertiga is a popular choice for those looking for an affordable and fuel-efficient MPV. Even with a few notches under its belt in terms of age, it was still able to get over 650 searches for April. With the increasing gas prices, it has become even more popular thanks to its frugal gasoline engine. The Kia Stonic makes it onto the top 5 vehicles of the list. It's a great choice for those looking for an affordable crossover that also comes with a great number of features. Kia has recently updated its logo on the vehicle and has given it a new variant which could explain why it was able to get 580 searches on our website. The Nissan Navara remains a popular choice in the pickup truck segment as it offers you a good amount of tech at a competitive price point. It's great for those who want a versatile vehicle for both work and play. It was able to get over 570 searches for the month alone. The Isuzu mu-X has been a popular contender in the SUV arena for quite some time. Its newest version brings to the table a new feature set, a bigger size, and new variants as well. It may have gotten a bit more expensive, but it still has a great amount of traction thanks to its frugal lineup of diesel engines. The SUV was able to get 550 searches for the month alone. Suzuki Philippines prides itself on affordable but feature-rich vehicles. Such is the case with the Suzuki S-Presso which is currently one of the more affordable hatchbacks you can get on the market today. With many car buyers eying affordable transportation options it's no wonder that over 500 searches for this vehicle were made. Another Suzuki makes it onto the list in the form of the Jimny. This small SUV makes a case for itself for being an affordable off-roader with great go-anywhere qualities all at a competitive price point. That being said, over 470 searches have been made for the vehicle, proving it's still a popular choice even with new entries into the market. It's no surprise that the Toyota Hilux is still generating a lot of searches even today. The pickup truck has been updated by the Japanese automaker to make it more powerful and more competitive than ever. That being said, it has gained over 460 searches on the Autodeal website. Affordable 7-seaters are still hot on the market today. Such is the case with Toyota Rush as it was able to get over 450 searches. It may be one of the older vehicles on this list but it still hits the niche of affordable 7 seaters. 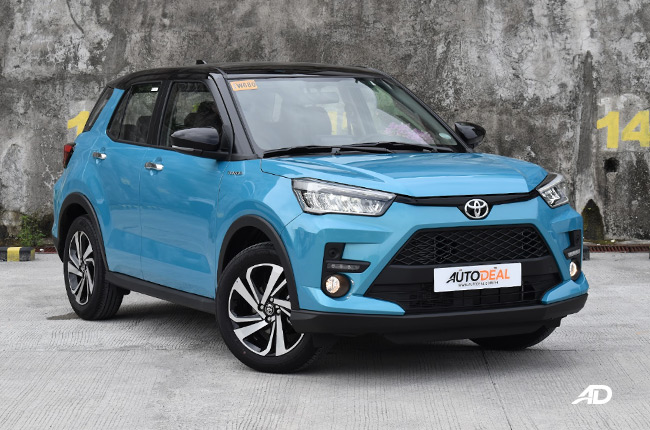 The Toyota Raize is one of the newer entries from the Japanese automaker to hit the market. It took the segment by storm offering a great array of features plus a choice between two equally fuel-efficient engines. Of course, the vehicle also comes with a competitive price point which is why over 430 people have searched for the car in April alone. The Suzuki XL7 is now one of the stalwarts in the affordable 7-seater segment. It is based on the Ertiga and carries some of its best features as well. It also comes with SUV styling which could explain why over 420 individuals have searched for the vehicle on the Autodeal website. It's still an attractive option for those looking to get a competitively priced 7-seater vehicle. The Ford Ranger is one of the automaker’s best-selling vehicles in the Philippines. It comes with a wide variant range which supports those who are looking for a workhorse pickup truck, a lifestyle vehicle, and an off-road-ready vehicle. That being said, there were over 402 searches for the pickup truck. The Honda Brio is a popular choice for those looking to get an affordable but feature-packed hatchback. It comes with a frugal 1.2-liter gasoline engine and a choice of either a 5-speed manual or a CVT. It also helps that the hatchback comes with a competitive price point. That being said, it was able to garner over 400 searches for April alone. 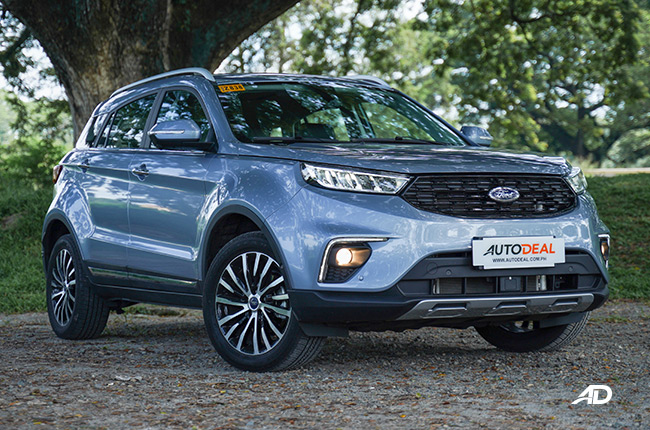 The Ford Territory has slowly become one of the best sellers for the Blue Oval since its launch in the country. With a great feature set, competitive pricing, and a turbocharged engine, the crossover was able to get over 380 searches, proving it's still going strong even after a year since its release in the country. A surprising entry onto this list is the Isuzu Traviz. It was able to distinguish itself by being the only commercial vehicle to make it into the top 20 most searched vehicles for April. It offers a versatile platform that can be adapted to your business needs and comes with a frugal and familiar 2.5-liter turbo diesel motor. It was able to get over 380 searches possibly showcasing that many are still looking for a reliable workhorse vehicle for their business needs. The Geely Okavango makes it onto the list with over 380 searches for it. The vehicle presents itself as a great 7-seater option that comes with features that aren’t normally available in its segment. As it punches above its class, it's no wonder that many are looking for it. It also helps that it comes with a powerful 1.5-liter turbo gasoline engine that also comes with a mild-hybrid system. Nearing the end of the top 20 list is the Mitsubishi Strada. The brand’s popular pickup truck brings with it a great balance of power and features that make it attractive for those looking for a workhorse pickup truck with a futuristic design thanks to Mitsubishi’s dynamic shield design language. It was able to get over 370 searches for April alone. The Geely Coolray closes the top 20 list being one of the hot cars of 2019. It brings with it a wide array of features that are normally found above its class and comes with a competitive price point. It was also one of the top most searched for cars in 2021 which means that there are still a lot of people searching for the crossover. Speaking of people searching for the crossover, our data shows that over 370 inquired about the car in April.