With the first-generation being around for quite some time now, Nissan has finally set aside the teasing sessions and uncovered the anticipated 2020 Nissan Juke. It showcases a refreshed styling, a new suite of technology, and a better powertrain than before. Even better, it somehow drops its quirky past for a more conventional yet eye-catching appeal.

It has certainly gone through puberty quite well, as evidenced by its cleaner and bolder looks from before.  You do get familiar design cues such as its V-motion grille which happens to be a common trend among most Nissan models of today. Overall, its front-end retains the typical Juke fashion where the headlights, now LED tri-bars, are integrated on the lower bumper topped with a new LED daytime running lights. You still get fog lights, though, but now in LEDs as well – probably something you’ll expect in higher variants.

On its side profile, you’d immediately notice the contrasting roof design, a common trend executed on its competitors such as the Suzuki Vitara and Toyota C-HR. Like its predecessor, the rear door handles are still situated by the C-pilar. It also has well-planted body lines that complement the overall quirkiness of the Juke, highlighted by a set of tasty-looking 19-inch rims. As for the rear, it now has newly-designed taillights, departing from the 370Z-inspired boomerang taillights of the outgoing model. 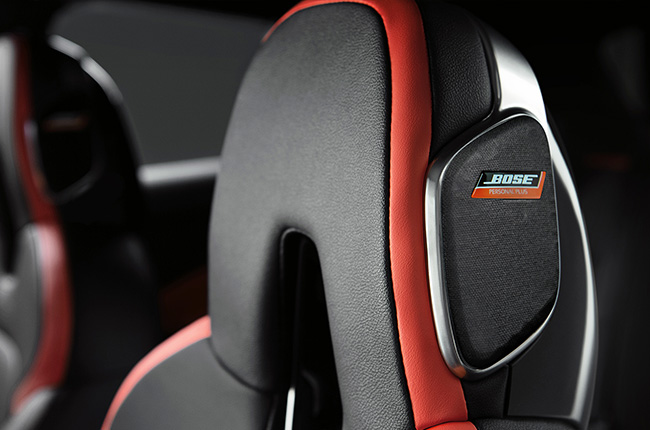 The evolution continuous inside, as the interior is a major upstep from the previous generation given the better usage of materials from the dashboard trims to the door panels and to the seats. Interior theme remains circular and black, with an option to go with red accents on high variants. It’s less curvy than before, though, and now with a tad touch of class. The cabin space is also said to have been increased with the increment in overall body size, which should mend the outgoing version’s prominent flaw. Of note, the trunk space has been increased by 20%, from 354 to 422 Liters.

The heart of the interior is the floating 8-inch infotainment that features seamless Apple CarPlay and Android Auto smartphone integration. Global models has the option to get a Bose Personal Plus setup, with some speakers placed at the side of the headrests.

Notably, the latest Nissan Juke gets the brand’s ProPILOT technology which is designed for single lane traffic. The system itself enables the vehicle to become semi-autonomous, with the steering, braking, and acceleration – handled by the car in a fully automatic mode. It also has emergency braking with pedestrian and cyclist recognition, lane keep assist, blind spot monitoring, road sign recognition, and adaptive cruise control. In terms of powertrain, the 2020 Nissan Juke is initially available with a turbocharged 3-cylinder engine that produces 177 hp. It's then paired to either 6-speed manual or 7-speed dual-clutch transmissions. Other engine options might be offered in the future, especially in markets outside Europe like the Philippines.

The Juke has certainly made a long way given its updates that translate to improvement in several aspects. The design may still remain polarizing and quirky for some, but one can’t deny that it’s more conventional than before. Constantly keeping our fingers crossed that the funky subcompact crossover will soon leap its way to our market, along with the new ProPILOT technology.