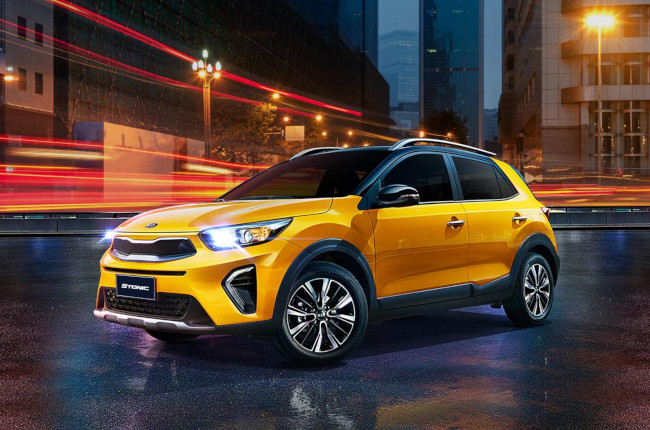 Kia Philippines has released more details to us about the Kia Stonic, the smallest crossover that is to be part of the Korean manufacturer’s lineup in the Philippines.

There is a trend of smaller and smaller cars in the Philippines as of late. According to our metrics gathered in the first half of the year, smaller cars are making a big splash in the market, and manufacturers are taking notice and paying attention to the affordable segment of cars.

Smaller than the Seltos, the Stonic shares more in common with the Kia Soluto than any other model in the stable. Nearly the same size, and set to butt heads with other affordable subcompact crossovers, Kia’s newest player will likely retail for well under P1,000,000, and start at under P750,000.

The crossover will come in three trim levels, namely the LX MT, the LX AT, and the top of the line EX AT.

These prices are astonishingly good and should be a major point of consideration for consumers that are looking for an affordable city slicker capable of SUV-like practicality. With all variants priced under P1,000,000, the Stonic is Kia Philippine’s most affordable crossover model to date, priced much lower than the Seltos, and its most affordable variant is more affordable than the most expensive Soluto.

The engine will be the same 1.4-liter 4-cylinder motor that powers the Soluto dubbed the Gamma engine. With an output of 94 hp, the engine should return ample performance given the weight of the vehicle. Also, the Stonic will come with either a 5-speed manual or a 6-speed automatic instead of the 4-speed found in its sedan stablemate.

Apart from that, the Stonic will get high-end tech and safety features such as a set of 16-inch alloy wheels, a reverse camera, LED lights, push start, automatic climate control, and stability control for the top-end models, which is impressive since it will be priced affordably.

If the affordability of the Stonic is enticing enough as it is, Kia Philippines is sweetening the deal if they reserve in advance. The discounts go up to P60,000 if customers reserve from September until October 15, 2020.