Strong winds and rain greeted us and the 28 nominees that showed up at Fontana. Undeterred by the bad weather, we pushed on for the 2nd test day of the Car and Truck of the Year Philippines 2015.

We were again part of the qualitative tests where we assessed the cars based on their features, appearance, and overall driving experience. On the other hand, the quantitative tests were done by Car Awards Group Inc's (CAGI) technical team on an isolated track assisted by a Racelogic Vbox GPS data logger.

From hatchbacks to 4x4 pickup trucks, the variety of cars brought by the manufacturers were abundant. Here's the complete list:

After much debate amongst the AutoDeal team, we were able to choose which cars stood out. This roadster was definitely an eye catcher. Its exterior design was sleek and alluring. Inside both variants, the overall design was stylish with seats and dashboard in beige leather trims for the AT variant and black cloth for the MT. The stitched design on the dashboard also added a classic appeal to it. In addition to that, the MX-5 can easily be converted into a top-down (and vice versa).

The MX-5 was impressive on the road. Every step on the pedal was translated into immediate speed and power which was accompanied by its exceptional handling that gave us confidence in the roadster. Be it manual or automatic, it has the smoothest transmission as well. Overall, the driving experience plus its remarkable design makes the Mazda MX-5 our top choice for the 2nd test day. After driving both variants, we all agreed that the i20 Cross Sport 1.4L Gasoline AT variant had better engine response compared to its diesel counterpart. We definitely enjoyed driving this compact crossover.

Inside, the i20 Cross Sport’s seats, dashboard, instrument panel, and shift stick were adorned with colored accents that complemented its exterior color. There was also an ample amount of legroom and headroom. These, combined with the aggressively designed exterior facade, gave it a sporty appeal. The Juke's bright red color and quirky looks definitely caught our attention. Its curvy exterior design was matched inside by the rotary air vents and round-shaped A/C control knobs. The barrel type gauge clusters were sharp and sporty as well which completes the persona of this unconventionally designed car.

On the road, although the Juke lacked in power, it made up with its Xtronic Continuously Variable Transmission (CVT) that gave us smooth easy ride. Meanwhile its steering wheel gave us good feedback from the road. 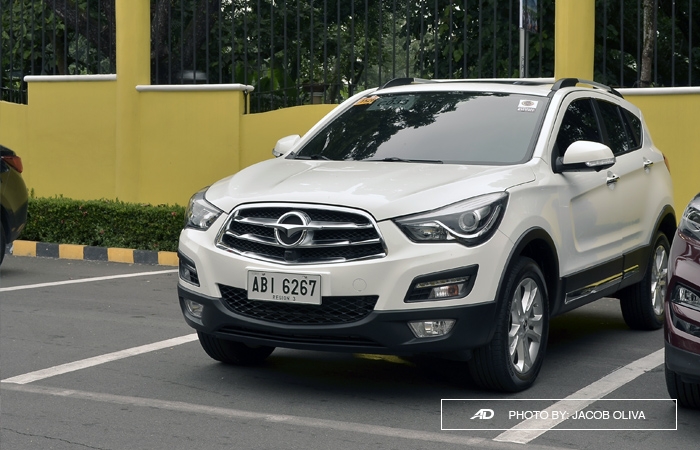 The Haima S5's exterior design conforms to the usual crossover design - beefy, functional, and sporty. Out in the open road, its 1.5L gasoline engine lets us feel all of its 161 hp and 223 Nm of torque through CVT.

Inside, the S5's exudes quality with its modern design with soft leather trims. It also had a spacious trunk which could be expanded by its foldable 2nd row seats. Another notable feature of the S5 was its integrated head unit that also gave a live view of the S5's sides while making tight turns.

The final testing date is set on October 27. If you want to see the details and specs of all the vehicles on this article, you can visit the AutoDeal Car Guide.