The Car Awards Group Inc. (CAGI) successfully completed the opening day of the Car and Truck of the Year-Philippines TestFest 2015. And as part of the testing committee, we're excited to share which cars we think stood out.

The list of vehicles included 5 pickups contesting in the Truck of the Year Philippines (TOTY-PH). Namely, there were 4 variants of the all-new Mitsubishi Strada and a Tata Xenon XT 4x2. As for the Car of the Year Philippines (COTY-PH), Toyota's entries were the Alphard and the new Avanza. Honda entered 2 variants of the HR-V and Mobilio, as well as the Odyssey luxury MPV. Volvo brought the updated S60 D4 and XC60, while BYD's lone entry is the country's first sports hybrid sedan, the Qin.

All in all, we had 15 vehicles to drive throughout the day. Testing was held at the Fontana Convention Center in Pampanga. As part of the Qualitative Test, we evaluated the nominees from a consumer's point of view based on criteria such as appearance, features, and the overall driving experience.

On the other hand, the Quantitative Test required expert drivers from the CAGI Technical Team to measure each vehicle's performance on a safe, closed track. They used a Racelogic VBox data logger to determine and record acceleration, braking, and handling.

After a whole day of testing, here are our favorites. 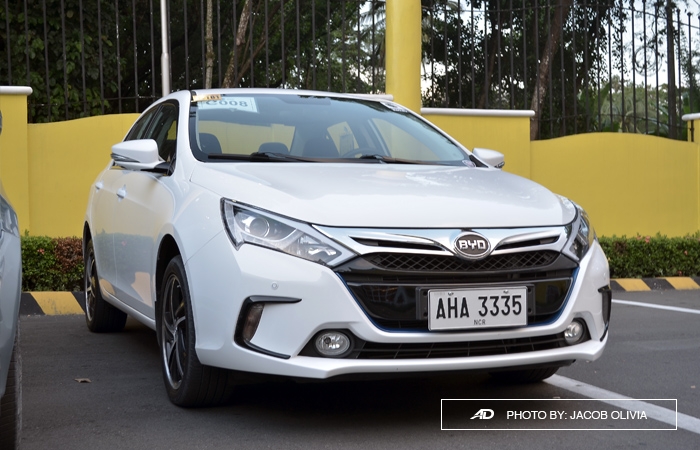 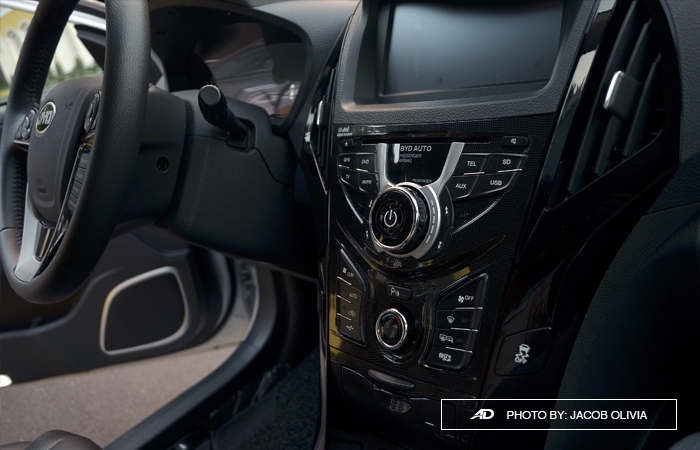 The Qin’s futuristic design definitely caught our attention. Inside, the trims were made of quality materials. The gauge clusters were a bit cluttered but the overall appearance of the dashboard was still classy. There's also a digital compass on the rear view mirror. When backing up, the cameras installed under the side mirrors allowed us to see the Qin with a bird’s eye view.

But what made the Qin a runaway favorite is its hybrid engine. The moment we hit the free road, we immediately tested the 301 hp and 479 Nm of torque it boasted and had us smiling ear to ear. Overall handling was also exceptional; the active steering responded well which gave us confidence in the car.

The HR-V is a compact crossover, yet offers a generous amount of legroom which is nice. The controls on the dashboard were all within reach and the gauge cluster gave us sufficient information needed while driving.

On the road, the HR-V performed exceptionally well with an outstanding engine response and the smoothest Continuous Variable Transmission (CVT). Every press on the pedal and the paddle shifters were all translated into power which made it easy to drive.

We must also admit, the HR-V's overall appearance helped us choose it as a favorite over the other vehicles we tested.

If there was one vehicle that we were really excited to test, it’s the S60 D4. Checking the spec sheet, it’s rated at 181 hp and 400 Nm of torque which we happily confirmed during the drive. We really loved how the engine responded to our command.

Aside from its amazing pulling power, the S60’s overall interior design was top-notch. The seats were all dressed nicely, the gauges were pretty, and the controls were all well-integrated into the dashboard but a bit not user-friendly.

The S60 D4 from Volvo was a pleasure to drive, easily earning it a spot on our favorites list. It was a close tie between the Odyssey and Alphard, which were both luxury MPVs. Both had huge amounts of space inside, but the Alphard had more toys to play with.

The 2nd row captain seats felt like riding a plane in business class. The materials used on the interior of this 7-seater were all top quality. The seats were wrapped in fine beige leather, while the dashboard was adorned with wood trim adding to the classy appeal.

The overall driving experience was also one of the best. We definitely felt the power of the V6 engine and the ride comfort was smooth as silk.

We're pretty excited for the 2nd day of testing which will happen on October 17.