Kia's Soul has been missing in the Philippines since 2019. Of course, we mean the subcompact crossover that the automaker discontinued in the local market in favor of the Seltos, a similarly-sized crossover now competing in the same segment that the Soul once did.

Recently, Kia Motor debuted the 2023 Soul in the US. The third-generation model's refresh has been a long time coming, as Kia initially unveiled the crossover in late 2018. The Kia Soul has received an exterior update and a new engine. 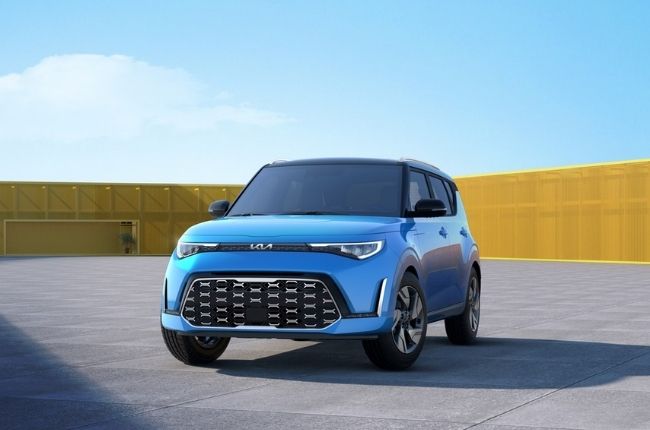 On the outside, the 2023 Kia Soul gets reshaped headlamps wrapped around distinctive daytime running lights (DRLs). The trim piece connecting the headlights also benefits from added texture, while the new Kia logo sits proudly front and center. The redesigned front fascia also showcases a bolder and more modern grille, flanked on either side by sharp LED foglamps. Over at the rear, the new Kia Soul gets a redesigned lower apron with a single trapezoidal exhaust finisher on the GT-Line model. Perhaps to the delight of many, the Soul has kept its signature boomerang-shaped taillights. The 2023 Soul is available with either 17-inch or 18-inch alloy wheels, both newly designed. There are also two new two-tone color options with a Fusion Black roof on the Clear White and Surf Blue colorways. Stepping inside, it's apparent that Kia chose to play its cabin changes more conservatively. The Soul now comes with a 10.25-inch touchscreen infotainment system on all trim levels besides the entry-level LX model.

As for power, Kia has nixed the turbo option by going for a 2.0-liter naturally aspirated engine with 147 hp and 178 Nm of torque. Kia's Intelligent Variable Transmission sends power to the front wheels.

Kia has not announced pricing as of now, but rumors have indicated that it could launch at around the $20,000 USD mark. That translates to roughly P1,044,000. It's an attractive proposition and one that only US buyers will get to consider for now. The only question that remains is, will Kia Philippines bring its Soul back?