Lewis Hamilton has been crowned the 2017 Formula 1 Driver’s Champion, overshadowing the win of Max Verstappen at the 2017 Formula 1 Mexican Grand Prix. Hamilton joins an elite club of racers who’ve won the motorsport’s coveted title 4 times in their career such as Michael Schumacher, Alain Prost, and most recently Sebastian Vettel.

An intense start saw Scuderia-Ferrari’s Sebastian Vettel, Red Bull Racing’s Max Verstappen, and Mercedes-AMG Petronas’ Hamilton in a mad dash for the lead as they went almost 3-wide into turn 1. Verstappen got the better of the 2 drivers to grab the lead at turn 2, while championship rivals Hamilton and Vettel collided at the exit of turn 3. The collision caused a tire puncture for Hamilton as the front wing of Vettel’s car was damaged. Vettel was able to dive into the pits quickly to change the front wing and charged back into 8th place. On the other hand, Hamilton limped his car slowly into the pits for a fresh set of tires and resumed racing dead last.

Vettel had to finish 2nd to keep his championship hopes alive. Unfortunately, all the German could do was cross the line in 4th as his teammate Kimi Raikkonen was more than 20 seconds ahead in 3rd. Verstappen and the other Mercedes-AMG Petronas driver Valtteri Bottas had a lonely race in 1st and 2nd, respectively.

Related: Mercedes-AMG and LEGO to give treats to Formula 1 fans

Kevin Magnussen of Haas defended 8th place all the way to the chequered flag from 2 former (and current) world champions – Hamilton and McLaren-Honda’s Fernando Alonso. Hamilton settled for 9th as Alonso completed the top 10. 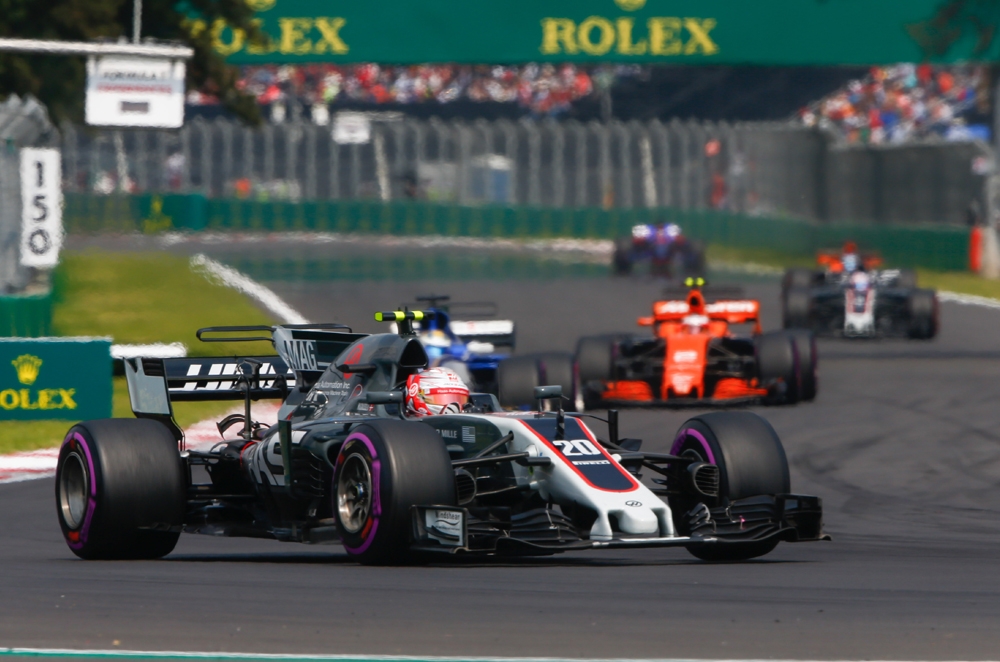 Sauber’s Pascal Wehrlein and Haas’ Romain Grosjean rounded up the drivers who completed the race in 14th and 15th, respectively.

Both Renault drivers Carlos Sainz and Nico Hulkenburg retired from the race; the former due to handling issues while the latter with electrical problems. The other Toro Rosso rookie Brendon Hartley also had to end his race early after his engine caught fire.

Red Bull Racing’s Daniel Ricciardo retired on the 6th lap after his engine decided to “eat” its turbocharger. Sauber’s Marcus Ericsson, who went up as high as 9th place in the race, had to stop his car due to cooling problems.

Although the fight for the championship is over no matter what happens in the next 2 races, drivers are still expected to put on a show with the pressure out of their chests. Will Verstappen make it 3 in a row at the Autódromo José Carlos Pace in Brazil? Or will Vettel end this season with a bang by winning the remaining races? We’ll have to wait and see this November 12, 2017.