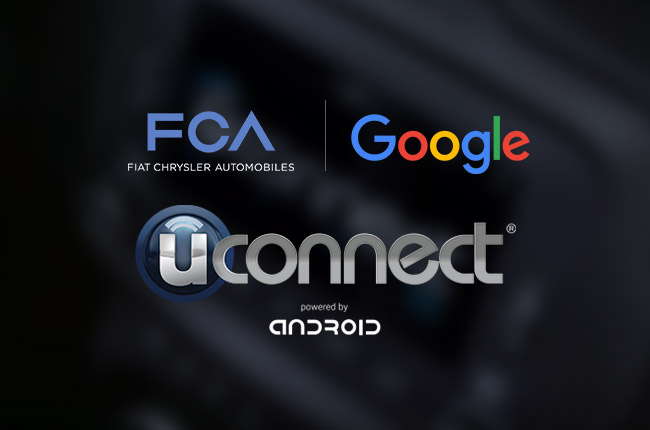 Following the launch of self-driving Chrysler Pacifica Hybrid cars, Fiat Chrysler Automobiles (FCA) isn’t done with Google yet as they produce the latest infotainment unit in their cars – the Uconnect system concept.

This new system concept is different from the current Android Auto software, as it will be developed with FCA vehicles only for the time being.

The Uconnect 8.4-inch vehicle system will be powered by Android Nougat 7.0, which is the latest installment of the software as of date. Aside from its open-source nature (which basically means it can be downloaded and modified by anyone), this new concept is claimed to have the following advantages over other conventional infotainment systems.

First, the Google and FCA collaboration ensures seamless integration with the car’s system. This means it’s not limited to just radio and entertainment, but with full control of the car’s comfort as well. In a nutshell, everything will be presumably toggled from the head unit, which includes air conditioning. Next, since the platform is connected to each other (hence, the name), the Uconnect system will inherit the very leverage of open-source ecosystem – flexible, modifiable, and can quickly communicate with each other through the internet.

Finally, since Uconnect is powered by Android, it will benefit from a number of apps available in the market today, such as Google Assistant, Google Maps, Spotify, among others. The Uconnect system will also have the capability to easily pair up with current Android-powered smart phones, which 61% of Americans think are necessary.

With Android, we are able to maintain our unique and intuitive Uconnect user interface, all while integrating our easy-to-use systems with Android’s features and ecosystem of applications,” says Chris Barman, Head of Electrical Engineering, FCA.

The FCA Uconnect System concept will be showcased at the 2017 Consumer Electronics Show (CES) inside a Chrysler 300 sedan. The 2017 CES is set to happen on January 5 to 8 in Las Vegas, Nevada.

For more information about Chrysler and its vehicles, visit the AutoDeal Car Brands page.