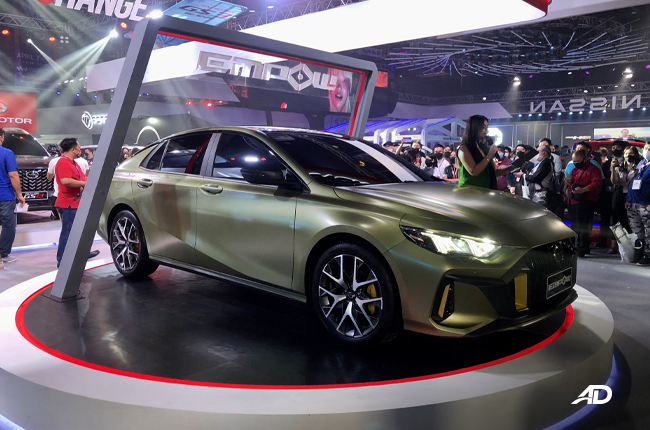 In the Philippines, when you think of a compact sedan, the first thing that comes to mind has to be the Honda Civic. The Japanese nameplate has dominated the local scene for decades, and any new player in the segment would naturally use it as a barometer of sorts. 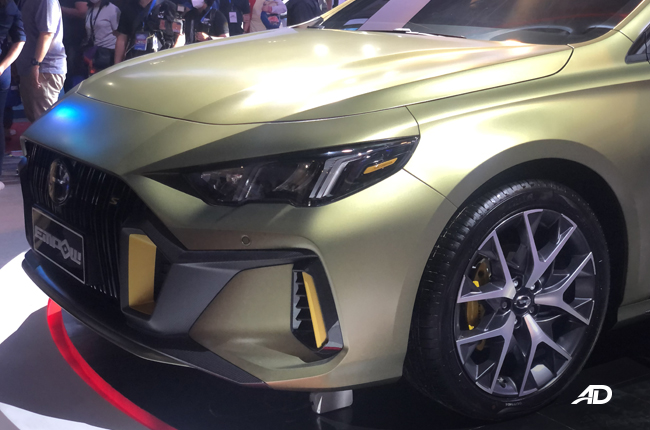 In that regard, GAC Motor Philippines looks primed to go toe-to-toe with Honda and other sedan manufacturers with its latest offering, the Empow. The GAC Empow debuted on Thursday at the 2022 Manila International Auto Show. Suffice it to say that it's one of the highlights of the first day of the event. 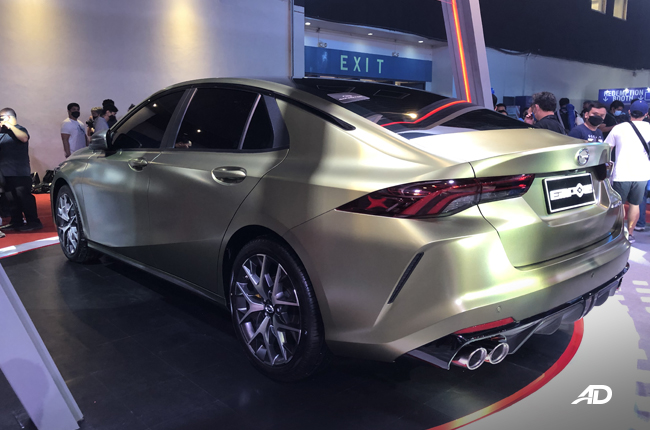 If looks are the only basis, the Empow has what it takes to make a splash in the compact sedan segment. Its sharp headlights form part of a busy front fascia with sculpted lines and eye-catching design elements. The side looks sleek with a character line that starts at the front and extends across the rear wheel arches. The two-tone 18-inch alloy wheels give off a three-dimensional effect with a chrome and black finish. At the rear of the Empow are sweeping taillights that extend to the side, followed below by a quad-exhaust setup wrapped around a sporty rear diffuser. The massive glass roof also gives an upmarket feel to the sports sedan. 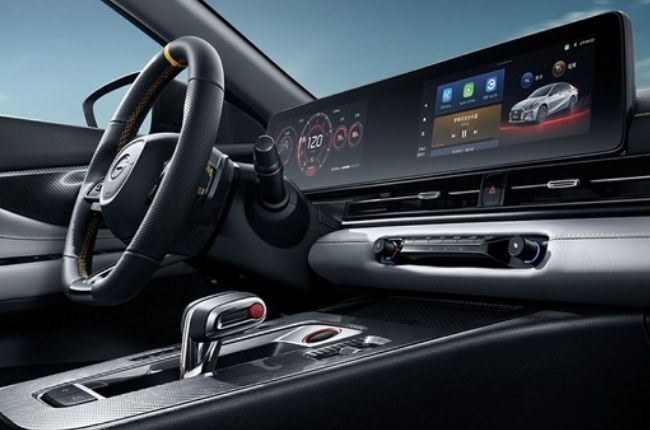 As for the interior, it's more of a mystery right now, but from what other markets have received, safe bets include a sporty flat-bottom steering wheel, a pair of floating displays, and a levitating center console housing an electronic gear shifter. Under the hood of the Empow sits a 1.5-liter turbocharged gasoline engine delivering 175 hp and 270 Nm of torque with a continuously variable transmission. The power figure is identical to the current Civic, which should put a scare into some of the industry's most established players.

Still, GAC says specs and details have yet to be finalized for our market, so take these figures with a grain of salt. GAC also did not reveal pricing—that will happen when the Empow approaches its launch window sometime in 2023.