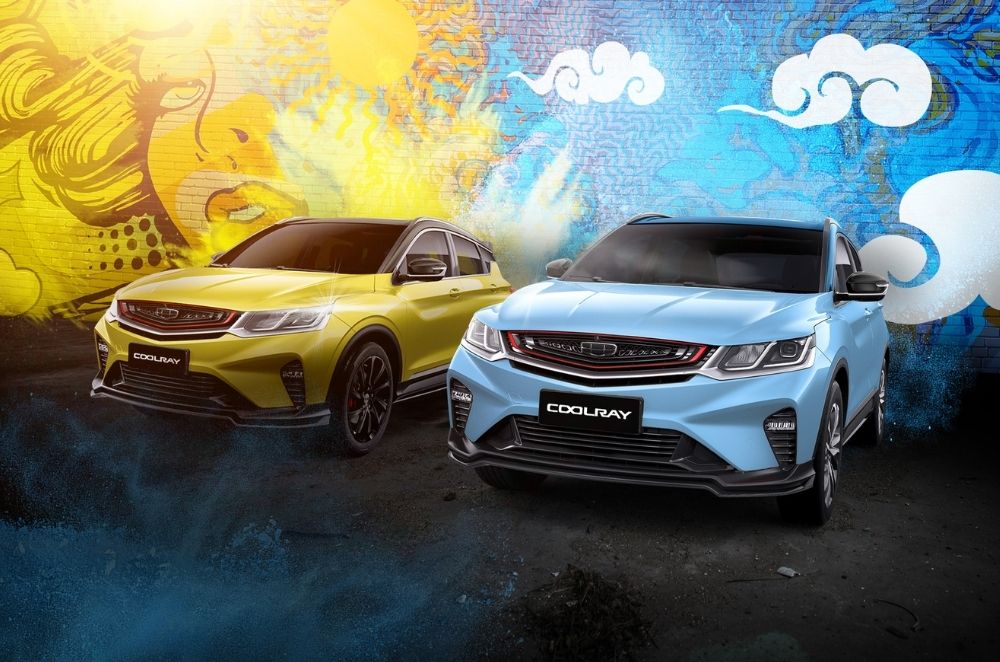 Geely has introduced two new color options for its popular Coolray subcompact crossover. In addition to the five existing colors, you can now get the Coolray in Sunburst Gold and Cloud Blue.

The Sunburst Gold option is an eye-catching bright yellow hue, perfect for expressing your unique personality. The Cloud Blue comes as a light blue shade that's decidedly cooler on the eyes than the Coolray's other blue option. If either color doesn't tickle your senses, you can still get the Geely Coolray in white, orange, red, silver, and the original blue.

The Coolray has become one of Geely Philippines' best-selling models since its release in late 2019. It quickly took the local subcompact crossover segment by storm, perhaps forcing the hand of several other automakers to launch competing vehicles. Despite the stiff competition, the Coolray is still a favorite among many buyers. That might not change anytime soon. With the launch of the new Sunburst Gold and Cloud Blue colors, Geely could be welcoming a host of new customers to the Coolray family pretty soon.

The Geely Coolray is available now. The subcompact crossover is powered by a 1.5-liter 3-cylinder turbocharged gasoline. Mated to a 7-speed wet dual-clutch transmission (DCT), the power plant delivers 177 hp and 255 Nm of torque. In our review, we praised the Coolray for its great build quality and extensive tech toys.

The Coolray features a refreshing interior with a two-tone dashboard and leather-clad seats. It packs a 7-inch driver's display and a 10.25-inch touchscreen infotainment system.

The vehicle packs a 360-degree panoramic camera on the Sport variant, and it comes with Geely's G-Pilot technology for automated parking. The Coolray (as the Proton X50) received a 5-star safety rating on the ASEAN NCAP. It scored a total of 84.26/100, a stellar figure for a vehicle of this size. The Geely Coolray is available starting at P978,000.