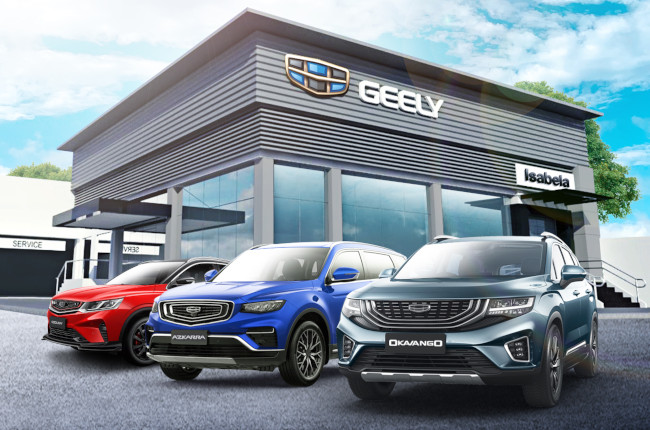 Geely Philippines is proud to announce that it has just opened up its 22nd-ever dealership in the country. The Chinese brand, under Sojitz G Auto Philippines (SGAP) is on a roll of sorts with its dealerships this year. Banking and fulfilling its promise for a nationwide reach and dealership network, Geely Isabela is the latest and greatest from SGAP’s network of establishments across the country.

Located in the Queen Province of the North, Geely Isabela is the newest member of the Geely Philippine dealership network and is owned and managed by Motorcentrum Corporation under the Guanzon Group of Companies. This isn’t Motorcentrum Corporation’s first-ever dealership under the brand, however, Geely Isabela is the second-ever branch under the group, with Geely Dagupan being the first. Geely Dagupan was opened back in September 2021, and now towards the end of November, the group is opening its doors to the citizens of Isabela.

“We are seeing a good market potential in Isabela, as it is considered the trade and industrial center of Northeastern Luzon. I would like to thank Motorcentrum Corporation for once again investing and trusting us by opening their second Geely dealership.”
Yosuke Nishi
President and CEO, SGAP

Furthermore, SGAP’s president stated that “[they] are happy to give Cagayanos an easier access to our car lineup.” So far, Geely Philippines has had a total of three models in its lineup, which includes the fun Coolray, the refined Azkarra, and the wonderfully distinct Okavango. More are on the way from the brand, and Geely is ready to make more models happen in the country and slowly make a bigger and more meaningful mark in the country.

The dealership is specifically located along Garcia Street., Barangay Mabini, Santiago City, Isabela. It’s open from Monday to Saturday from 8:30 a.m. to 5:30 p.m.