With unsatisfying sales figures and the constant growth of demand for EVs, Jaguar has strategically planned to electrify its entire vehicle lineup within the next decade, hoping to gain advantage over its rivals.

As reported by Autocar UK, the XE and XF sedans are not receiving the same glory as their crossover siblings, with sales significantly dropped down by 25% and 17% respectively this year.  Quite alarming for the brand since these numbers are not an indication of a good chapter for them. On the contrary, the E-Pace delivers success by being the company’s second best-selling model (after the F-Pace) as illustrated in their sales chart.

The project hasn’t been given the green light yet, by the way, although the brand wishes to start by developing a full-on luxury electric sedan to replace the brand’s XJ within two years. Its competition will be based from the upcoming Porsche Taycan and strong sellers such as the Tesla Model S. Still, Jaguar plans to maintain the luxury profile of its XJ with a rewarding touch of zero emissions, making it an alternative to the Mercedes-Benz S-Class or say a  Bentley Flying Spur. 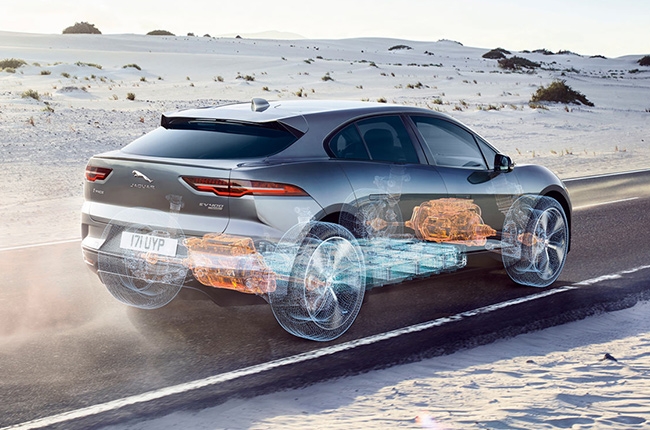 As for the XE and XF, farewell awaits them by the year 2023 given the replacement of an all-electric crossover which is said to be slightly bigger than the Audi E-tron. By 2026, Jaguar’s entire lineup would be nearly electrified, as the Castle Bromwich could be redeveloped as JLR’s specialist EV factory, making vehicles based on the new all-wheel-drive MLA EV platform, and leaving their flagship J-Pace the only survivor of its current vehicle lineup until 2027. Also, the F-Type is not bound for any replacement project as it bids farewell by 2020, although there is a possibility for an electric Jaguar sports car. On the side note, MLA platform batteries are to be sourced from the new Coventry Hyperbat factory run by Williams Engineering and Unipart.

The company expects to deliver 300,000 units of four or five all-electric Jaguars per year. That said, they may benefit from the much higher retail prices and a the expected surfing of trends which may result to a sizeable chunk of the luxury vehicle market switching to battery power.

With the product plans clearly elaborated above, it is quite obvious that JLR (Jaguar Land Rover Automotive) is facing some major dilemma with their plans aiming to develop its next-generation cars based on the MLA aluminium platform. With the implementation of a  full electric lineup, JLR shall drastically improve its fuel economy figures. With this, Land Rover’s three brand-pillars, the Range Rover, Discovery and Defender, could still thrive by just using a 48V hybrid technology.

Although, most sources may find it quite difficult for Land Rover to develop viable battery-powered models without weakening its established values as a brand. Still, many in JLR believe that this plan is indeed a great step for the them, a certified win-win perhaps, aside from catering the growing market for EVs, mainly they see this as one of the best chances in growing into a self-supporting brand they’ve wish to become. If given such success, the company’s CO2 average will be reduced, somehow lessening the pressure given to Land Rover when it comes to producing electric vehicles that are not completely true to the brand.

You can compare quotations simultaneously from multiple Jaguar dealerships. Select your preferred dealers from the list below.

Get Notified about Jaguar Deals